Hon. Hector Slams Supervisor of Election and Management of the Nevis Electoral Office on shady practices.

Charlestown,Nevis(Tuesday, October 24, 2017)- Nevis Reformation Party (NRP) Parliament member, the Hon. Robelto Hector led a demonstration at the Nevis Electoral office with the NRP Executive body on Friday, October 20th, 2017. Their action was to protest the questionable attempts of disenfranchising persons seeking to register for the upcoming elections in Nevis.

According to the Hon. Hector on Saturday’s edition of “On Target” via Choice Radio; two young individuals went to register at the Electoral Office and they were told to go and come back another day. In addition, a non-national complained that though he was able to register, unfortunately, it has taken him over two months to receive his ID card.

“There are some 30 NRP supporters on the Charlestown electoral list that the Supervisor of Elections, Mr. Elvin Bailey said he was going to run an investigation on. In fact, while we were preparing for the hurricane on September 5th Mr. Bailey had schedule objection hearings. I have told Him that as soon as he makes his findings I will make it a legal issue.  I am saying to Mr. Bailey that he should be working in the confines of his function but he ought not to be vindictive andfulfill a mandate to have CCM win an election at all costs. It will not happen in this country,” commented Hector.

The former Premier of Nevis the Hon. Joseph Parry recently sent a letter out to Mr. Bailey and a number of regional and international agencies about the unethical attempts of the Electoral office to cause havoc and unfair practices towards the NRP as the Nevis local election is looming.

“We have concluded that the electoral office is being disingenuous with their approaches and such practices are obstacles to individuals seeking to exercise their constitutional right to elect a representative in this country.  I want to remind the people that one of the first things the Unity Administration did, when they got into office, was to unceremoniously remove the workersfrom the electoral offices in St. Kitts and Nevis and close the offices for over six months. The Attorney General, Mr. Byron said he would do an investigation and he added that some operatives would be jailed. That was over two years ago and to date no report on the investigation has ever been revealed to the people of St. Kitts and Nevis,” stated Hector.

Concluding his statements on the bad management of the Electoral office the Hon. Hector said, “Friday afternoon we had a peaceful demonstration but we are not going to take this lightly.  We are going to pursue legal actions!”

Meanwhile, it is also important to note that the Manager of the Electoral Office, Ms. Ernestine Rawlins was/is a political activist of the CCM while Mr. Elvin Bailey is a cousin and a former Permanent Secretary to Premier of Nevis, the Hon Vance Amory. 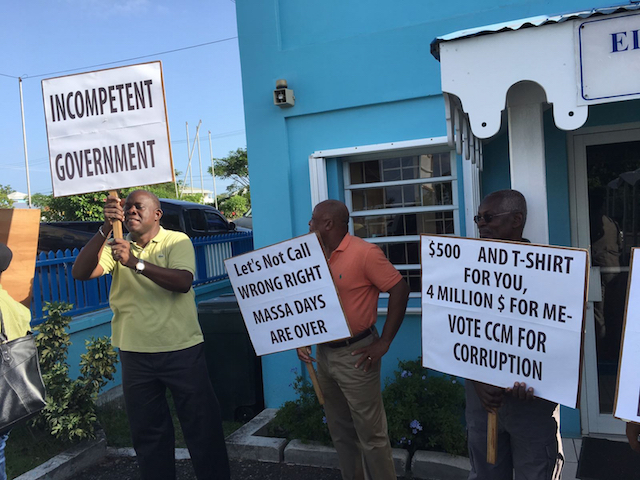 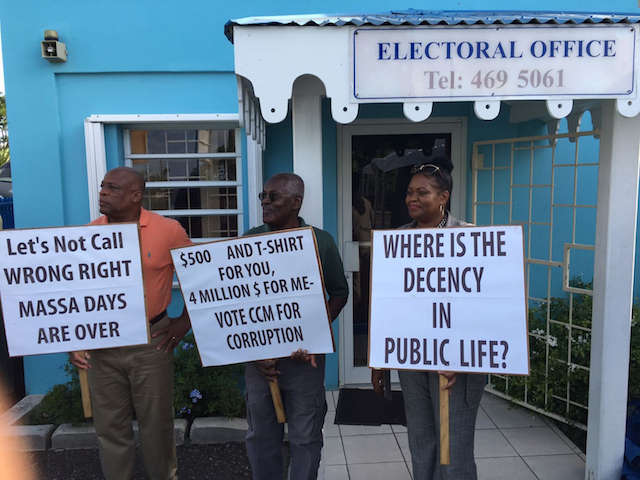