Charlestown, Nevis (Tuesday, Feb.. 4, 2020)- Premier of Nevis, Mark Brantley made incorrect statements at his recent Press Conference on January 28th, when he claimed that the Nevis Reformation Party (NRP) had been using the office of the Leader of the Opposition as, “Campaign Headquarters paid for by the Nevis Island Administration (NIA).” The Premier also castigated the NRP for hosting its annual children’s Christmas party at the NRP headquarters. 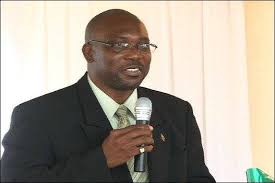 Mr. Carlisle Powell, refuted these claims on the most recent edition of NRP’s radio program, “Tell Me” (aired on www.2020visionradio.com), stating that the Premier’s utterances are “absolute rubbish”. He went on to outline that when the lease signed by the former Leader of the Opposition, Mr. Joseph Parry, the NRP secretariat already operated from a building in Cades Bay, St. Thomas’ parish which has always been paid for by the NRP. The new rental arrangement for the office of the Leader of the Opposition was for additional areas in the building already occupied by the party.

The NRP notes for public record that the rent check paid by the NIA for the Leader of the Opposition office in January 2020, following the resignation of Mr. Parry on December 31, 2019, was immediately returned to the island government, by the landlord.