The distinguished patron for the day, was Mr. Evroy Liburd, who admitted that he was not one of the former top athletes of the school but had been recognized due to his many contributions and service to the school.

After the traditional march past and inspection of teams, the action on the track got on the way.

Some of the school’s top athletes really peaked on that day and served to excite the crowd with some terrific runs. 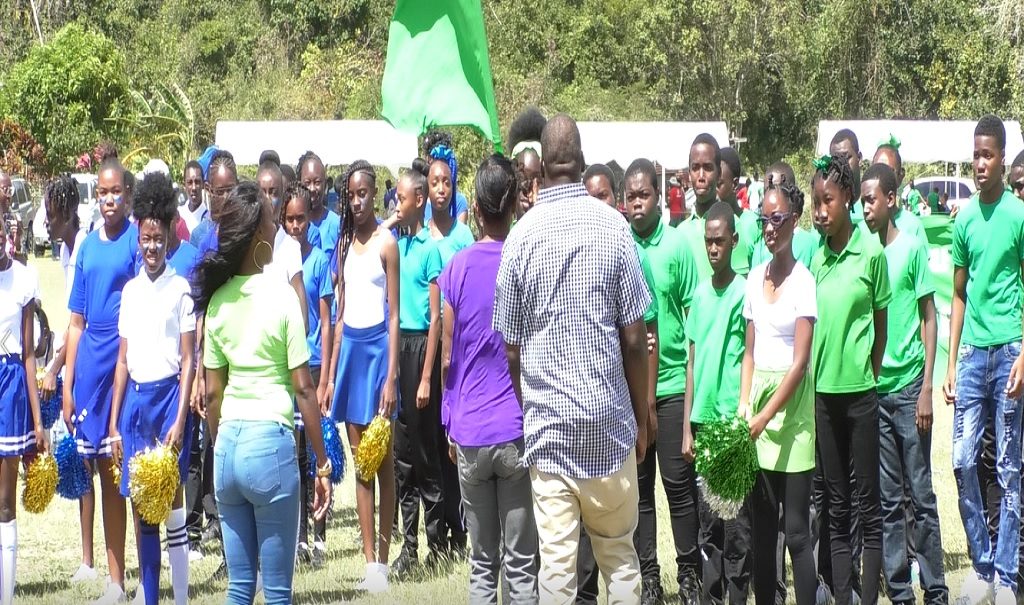 The Minister of Sports, Hon. Eric Evelyn and Mr. Antonio ABONATTY Liburd, teamed up as per usual, on the microphone, to keep the crowd lively throughout the day.

The cheer leaders for each competing house, also had their moment during the intermission, as they entertained the crowd with their innovative moves.

Miss Dawn TIT Kelly was also on hand with her ‘medicine chest,’ or unofficial pharmacy, which was aptly described by Hon. Evelyn, much to the amusement of the crowd.

When the smoke cleared the results were as follows:

The High schools championships which will match the Gingerland Secondary top athletes against those at the Charlestown Secondary School, is scheduled for early March and is highly anticipated.