Basseterre, St. Kitts, September 22, 2015 (SKNIS): The UNESCO Youth Ambassadors for Climate Change experienced “a walk down memory lane” when they trekked one of the walking trails of St. Mary’s Man and the Biosphere (MAB) Reserve on National Heroes Day, September 16.

The St. Mary’s Reserve includes the communities of Cayon, Keys, Hermitage, Holland Ghaut and Wash Ghaut and has the distinction of being the first designated UNESCO MAB reserve in the English-Speaking Caribbean.  Thirty-five youth ambassadors, five teachers and eight UNESCO officials, including representatives from the St. Kitts Sea Turtle Monitoring Network (SKSTMN) and the MAB Committee, traversed Keys, stopping at the basketball court where they were told of days gone by, as experienced by Royston Griffin, tour guide and resident of Keys.

“In Keys earlier, there was only one telephone and one TV, so the whole community used to go by one house to look at TV,” Mr. Griffin explained.  “And if you want to make a telephone call, you had to go by a lady called Miss Vaughan, where you had to pay 25¢.  If someone called you from overseas, then she would collect the information and send someone to your house to let you know that someone was going to call you back.  So you had to go to her house and wait for the call.”

The trek wound its way up what has become known as Quarry Hill, due to the fact that the Government quarry which is situated at its base, mines for rock that is used in construction.  The journey continued to Keys Beach where the hikers were addressed by Kayla Sell of SKSTMN.

“Sea turtles are really cool; they’re living dinosaurs; they’ve been around for 150 million years, which is cool when you think about it,” she said while noting that there are seven species of sea turtles that are still alive and that six of them can be found in the Caribbean.  “Three of them are found in St. Kitts, the leatherback, the hawksbill and the green turtle.  The green is endangered, while the hawksbill and leatherback are critically endangered.”

One young person from the Charles E. Mills Secondary School noted that the walk was very informative and not as exhausting as she had expected.  Another youth, this time from the Clarence Fitzroy Bryant College (CFBC), recounted what had been explained by the tour guide, noting how pleasurable the experience had been.

“I’m really enjoying the field trip,” she exclaimed.  “It’s a good hike – it’s not too long and it’s not too short – it’s just right.”

Another such walk, in the St. Mary’s Biosphere Reserve took place on Independence Day, September 19, 2015. 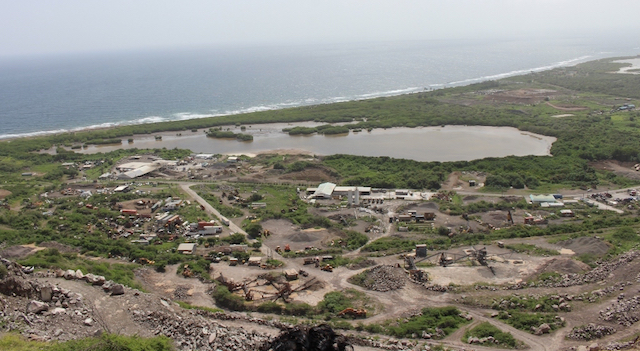 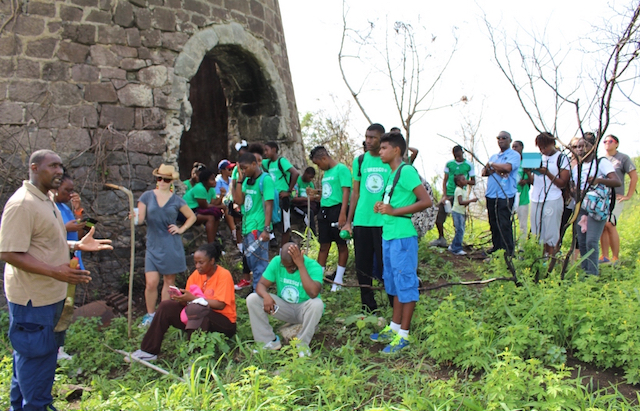