DIGICEL UNITES THE CARIBBEAN WITH BRING THE BEAT CAMPAIGN

Kingston, Jamaica – Wednesday 1st June 2016: Today, Usain Bolt, the fastest man alive, teamed up with Digicel to launch its Bring the Beat campaign in front of an inquisitive bunch of little kids from across the Caribbean at the Terra Nova All Suite Hotel in Kingston, Jamaica yesterday. The launch took the form of a lively fireside chat session with Usain, hosted by nine-year old Naleighna-Kae McLean from Jamaica, followed by a ‘Kiddie Press Conference’.

Facing his toughest audience yet, the 30-strong kiddie press pack aged between six and ten years peppered Usain with questions they have been burning to ask all their lives. Seven-year old Ajani Brown, also from Jamaica, tried not to seem too keen but it was clear that he was eager to meet Usain and took advantage of the opportunity that presented itself asking; “Mr. Usain, can we be friends on Facebook when my mommy gets me one?” With laughter all around, Bolt responded; “Sure. But first let’s take a selfie.”

Digicel’s Bring the Beat campaign represents the culture of the Caribbean and the irrepressible spirit which unites and ignites its people. Through music and the celebration of extraordinary talents, the campaign will connect the world to the Caribbean and its culture and support all of the athletes who are set to represent their countries in Brazil.

Inspired by the campaign, Trinidad and Tobago’s soca monarch, Machel Montano released his latest single, ‘Bring the Beat’, featuring Jamaican songbird and winner of season 5 of NBC’s The Voice, Tessanne Chin, as a tribute to the athletes as they take on the world in Brazil. Machel said; “The song represents and embodies everything the Bring the Beat campaign is about – connecting, inspiring and entertaining.”

Six-time Olympic Gold Medallist, Usain Bolt, said; “It’s really great to have the support of your country and the entire region when we are out there on the track. So I think this is a great campaign. For me I’m just focused on going out there and doing my best and showing the world how we bring the beat.”

Digicel Group Director of Marketing, Peter Lloyd, said; “Music and sport have the power to bring people and nations together – and that is exactly what we are about. We will use beats, music, rhythm and talent to connect the world to our athletes no matter what flag they compete under.”

Through social media, fans will have the opportunity to win tickets to some of their favourite sporting games this summer, like the NBA, CPL and of course, the biggest track and field event this year in Brazil to watch Shelly-Ann and Usain defend their titles.

For information on the ‘Bring the Beat’ campaign plus exclusive content and great prizes, fans can visit the campaign’s hub at www.BringTheBeat2016.com 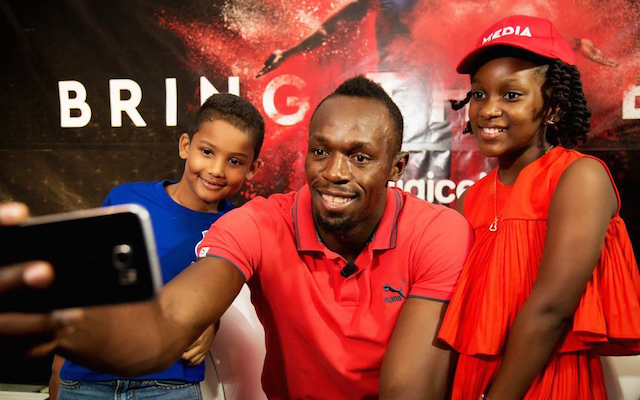