Charlestown, Nevis (TUCOM-February 2nd 2015):- Leaders of the opposition coalition contesting the upcoming St. Kitts/Nevis general election, Team Unity, insist that it’s all about saving the next generation from the dictatorial and corrupt policies of the Denzil Douglas administration come February 16th.

In a historic pre-election rally that drew some 4,000 to Charlestown, Nevis for the first time on Saturday night, January 31 for the signing of the historic Treaty of National UNITY between Nevis and St. Kitts, leaders of the three main parties that constitute the powerful Alliance Team UNITY – People’s Action Movement (PAM), Concerned Citizens’ Movement (CCM) and the People’s Labor Party (PLP), said the level of corruption, fear and constitutional flattening that has permeated the country must be lifted.

Speaker after speaker insisted that the constitutional rights of Kittitans and Nevisians are being trampled upon by Douglas, who has dubbed himself “10 man in one,” while the economic progress touted by the government only benefits a few, including those who have bought passports from the administration. Most nationals they said are fraught with worry over crime, job insecurity and are forced to shell out 17 percent in high taxes for even basic food items.
Team Unity member and Premier of Nevis, Hon. Vance Amory, said the Country’s sitting Prime Minister went too far when he hijacked the Parliament on January 16th and pushed through a bill to change the Nation’s electoral boundaries while refusing legislative debate on the issue.

“The time is now to take back the power,” Amory said to thunderous applause.
Team Unity leader and prime ministerial candidate, Dr. Timothy Harris, said after 20 years of Douglas’s rule of victimization, the time for change is now:
“Douglas has gone too far. The 16th will be our freedom day,” said Harris, noting that under a Team Unity government, the constitution will be changed to ensure leaders can only serve two terms and that all can benefit from economic empowerment.

“We have an entire Country being victimized by the Douglas administration,” added PAM leader Shawn Richards. “Team Unity wants to end that. We want a fair share for all.”
Sam Condor, the Country’s former Deputy Prime Minister and PLP candidate, emphasized that Team Unity is “on the right side of history.”

“We have come together for the betterment of this Country and for future generations,” Condor said.
PAM’s Ian “Patches” Liburd said he is no Martin Luther King, Jr. but he has a “dream that better days are coming” for St. Kitts and Nevis as well as future generations. Meanwhile, PAM’s Eugene Hamilton urged all St. Kitts & Nevis voters to put “Country over self” and take back their power.
“The power is really in your hands,” Deputy Premier of Nevis, Mark “The Sherriff”. Brantley, added as he urged voters to get out and vote for change come February 16th.

These three vibrant groups have come together in an unprecedented show of unity to bring a brighter day to St. Kitts and Nevis through its “Prosperity Agenda”. This Agenda includes a plethora of innovative new policies that have excited the Nation and our people, including the Removal of VAT from ALL Foods, Medicine, Educational Supplies and Funeral Expenses, as well as the introduction of a Universal National Health Insurance Plan, Universal Pre-school Programme (Free Pre-school), Reduction of Low Income Home Mortgages and Student Loan payments. 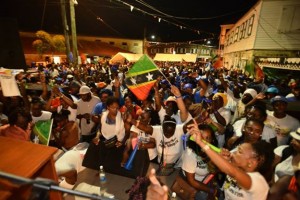 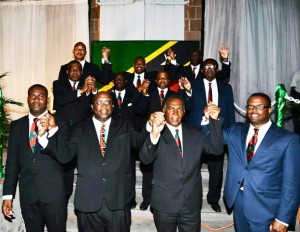 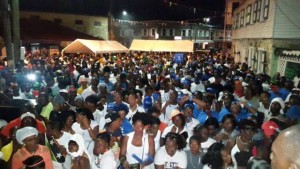 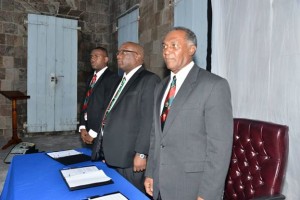 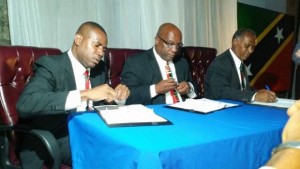