First named storm of season forms in Gulf of Mexico 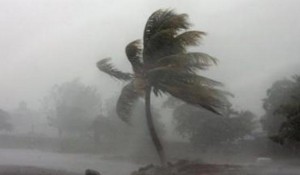 MIAMI, USA — Tropical Storm Andrea, the first named storm of the 2013 Atlantic hurricane season, formed in the east-central Gulf of Mexico on Wednesday.

According to the National Hurricane Center in Miami, at 8:00 pm EDT on Wednesday, Andrea was about 300 miles southwest of Tampa, Florida, moving north at 3 mph with maximum sustained winds of 40 mph.

A faster northeastward motion is expected to begin on Thursday and should continue through Friday. The centre of Andrea is forecast to move across Florida and along the coasts of Georgia and the Carolinas on Thursday night and Friday.

Andrea is not expected to represent a threat to the Caribbean at this time.