BASSETERRE, ST. KITTS, APRIL 29th, 2016 (PRESS SEC) – The Government roundly condemns the boldfaced lies and irresponsible statements being bandied out by the leadership of the opposition St. Kitts-Nevis Labour Party in relation to the upcoming Labour Day March.

The Chief Personnel Officer in the Government of St. Kitts and Nevis, Ms. Torfrida Rochester, categorically denies the allegations made by the St. Kitts-Nevis Labour Party leadership that Permanent Secretaries, Managers and other Government Heads in the Administration have been threatening and dissuading public-sector employees from participating in the Labour Day March.

“The Human Resource Department has neither written to nor otherwise communicated to any Permanent Secretary that they should pursue that course of action,” Ms. Rochester said this morning, adding, “I am not aware that anyone has given any instructions to deter any Government employee from taking part in Monday’s march. Furthermore, I have not received any complaints in this regard.”

It is clear that this baseless, scurrilous claim by the leadership of the St. Kitts-Nevis Labour Party is nothing but a desperate, last-ditch attempt to drum up support for the Labour Day March. It is also a malicious attack that is not only aimed at engendering ill will and distrust towards the Government, but also at creating sympathy for an impotent political party that has lost public confidence and support, as evidenced by its humiliating defeat in the 2015 elections. 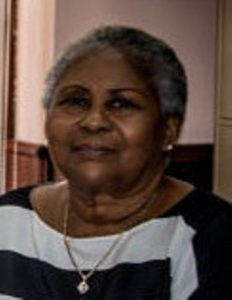 Cabinet Secretary Mrs. Josephine Huggins, the former Head of the Public and Police Service Commissions, said today that S R & O No. 9 of 2014 Public Service (Conduct and ethics of officers) Code Section 38 is clear as to the high degree of integrity, responsibility and political impartiality that is expected of public officers at all levels. The section reads:

“A public officer shall not engage in party political activity at any time, including,

(a) Holding office or taking part in any political organisation;

(b) Engaging in political controversy or publicly criticizing the policy of the Government or departments of Government;

(c) Writing letters to the press, publishing books or articles, circulating leaflets or pamphlets or participating in radio or television broadcast on political matters;

(d) Canvassing in support of political parties or in any way publicly supporting or indicating support for any political party or candidate.”

“Anything less than professionalism and decorum in the workplace will not be tolerated nor encouraged by this Administration,” Cabinet Secretary Mrs. Josephine Huggins said. “This Administration is committed to promoting a public sector workplace environment that champions respect, dignity and inclusion for everyone irrespective of the political party they support. All voices should be heard, but these vicious attacks must not be allowed to stand,” the Cabinet Secretary added.

The Permanent Secretary in the Office of the Prime Minister, Mr. Osbert DeSuza, has categorically denied engaging any public officer, in any manner whatsoever, with respect to their participation in the upcoming march.

This month, Prime Minister Dr. the Honourable Timothy Harris, accompanied by his Permanent Secretary, the Cabinet Secretary, the Financial Secretary, and other senior officers of the Ministry of Finance, led a series of meetings with staff of the Customs & Excise Department, the Audit Department, the Treasury, and other units within his portfolio. These meetings form part of the Government’s ongoing efforts to communicate clear expectations to its staff, improve employee engagement and workplace relationships, and ensure sustainable performance in the public sector.

It is therefore regrettable that the St. Kitts-Nevis Labour Party is attempting to incite negative sentiment towards the Government and its hardworking cadre of civil service professionals.

Adopted daughter of the soil launches EP in Canada

Hurricane Sam to remain a major hurricane for days, no threat to the U.S.