A very impressive opening ceremony on the afternoon of Friday 9th March, signaled the commencement of activities to mark the second annual inter high schools championship, on Nevis-at least since it was revived in 2017.

It all commenced with an impressive march past, led by the Methodist drum corp and representative cheer leaders from the three competing schools: Charlestown Secondary; Gingerland Secondary and the Nevis International Secondary School.

The march culminated with an official opening ceremony at the War memorial in the heart of Charlestown.

The ceremony was ably chaired by Miss Zahnela Claxton, Director of the Youth Department and after the national anthem, jointly sung by two students from the CSS and GSS schools, respectively and the opening prayer by Pastor Ron Daniel, several stirring speeches were delivered. 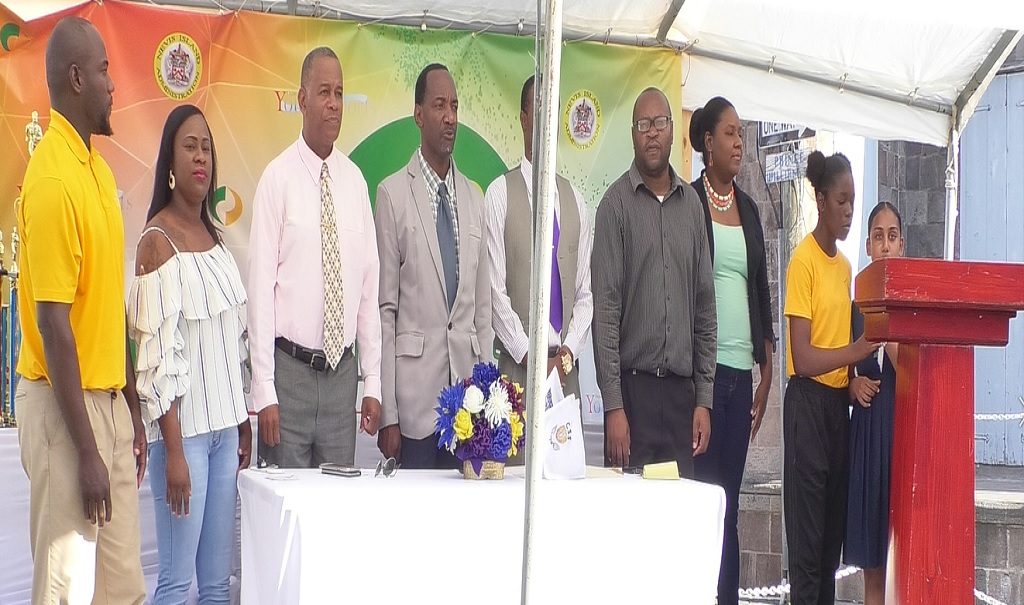 Included in those giving remarks, were: The Marketing officer at the Bank of Nevis (the lead sponsor of the event), Mr. Pheon Jones; the Permanent Secretary in the Ministry of Education, Mr. Kevin Barrett and Minister of Sports, Hon. Eric Evelyn.

All of the speakers used the opportunity to encourage the athletes to strive for excellence and to make the meet a competitive and memorable one.

The sponsors of the event were also given their due accolades. 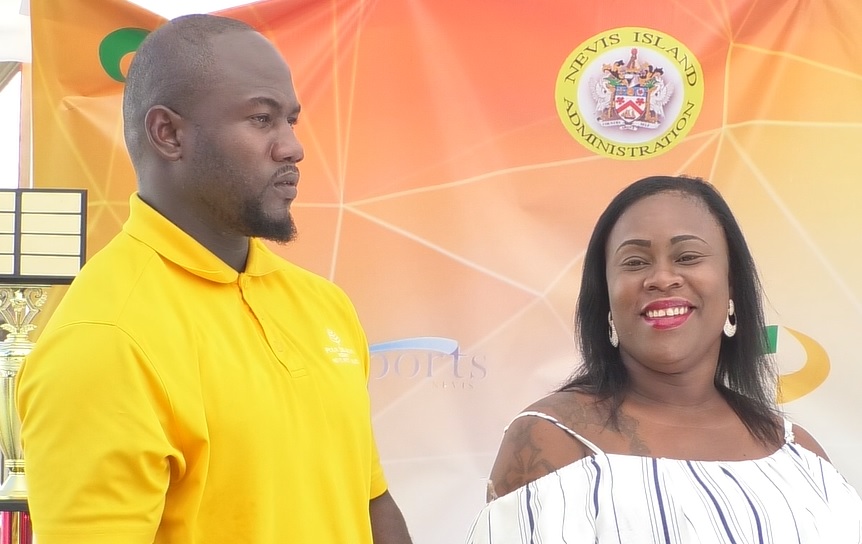 The afternoon’s proceedings culminated with exemplary performances by the cheer leaders of the three competing schools.