Male in stable condition after receiving gunshot wound to the mouth

(CHARLESTOWN, NEVIS)- One male is currently a patient at the Alexandra Hospital after receiving a bullet wound over the weekend. 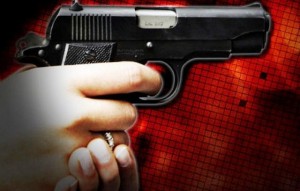 Sometime after 10:00 p.m. on Saturday, February 8, 2014 Dwayne Ferlance of Mount Lily, was shot while at a popular Spanish bar known as ‘Enrique’s’ which is situated on the opposite side of the E T Willet Park.

The 37 year old was shot while a few persons were inside the bar. A single shot was heard and soon after persons were seen running and scattering for safety; including Ferlance who ran down the island main road towards the direction of the Charlestown Police Station.

According to a Police Press Release, Ferlance indicated that he was attacked by an unknown assailant but however, police received information to the contrary that he was involved in a verbal altercation with a known male. Police are currently seeking the location of the known male for questioning.

The press release also quoted Commissioner C G Walwyn as saying “there were other patrons present when this incident occurred. This is not the time to remain silent, please come forward and assist the police with this investigation. Together, we must put an end to criminal activity in Nevis”.

This media house spoke to Ferlance and he assured this publication that he was not in any verbal altercation. Ferlance said that he was inside the bar speaking to another male when he felt the shot.

Ferlance received a broken jaw-bone from his attack.

Nevis Water Dept. urging customers to pay bills at office due to setbacks from…