On Monday 14th January, the Minister, along with an entourage from the Ministry of Health, accompanied the Hon. Hazel Brandy Williams, to the EDEN LIFE REJUVENATION CENTER, operated by Naturopathic/Chiropractic Doctor, Miranda Fellows.

Minister Evelyn indicated that he was not only going along to support his colleague Minister in her weight loss campaign for the island, but that he intended to get some unwanted belly fat removed in the process.

They were warmly welcomed to Eden Life by Dr. Fellows and then she put them both through a Health scan, which involved a comprehensive check of their body systems, which enabled her to detect aspects of toxicity.

She was able to explain areas that were in good health and areas of concern.

Based on the health scan, it was recommended that both Ministers delay the rigorous training exercise drills, until certain treatments are done.

Included in the entourage, were Medical Doctors, Doctor Judy Nisbett and Dr. Raymond Rohan-Moving, who also both took the opportunity to get health scans done.

The campaign according to Dr. Fellows will not only concentrate on weight loss, but more importantly, concentrate on making the entire body function in a more effective manner, hence ensuring a healthier life for the persons involved.

Dr. Fellows has gone one step further and is offering a 30% discount for persons who sign up for the weight loss campaign.

Both Ministers of Government expressed appreciation for the comprehensive health scans and used the opportunity to encourage other persons to check in at the center, to get their health scans done, so that they can be made aware of their health status and take corrective action.

The program continues as both Ministers are scheduled to return to the Center on Friday for continued remedial action. 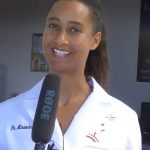 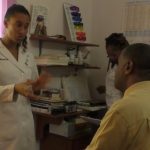 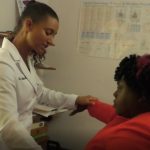