The meeting, at the St. Kitts Marriott Resort, brings together shareholders and the Board of Directors. 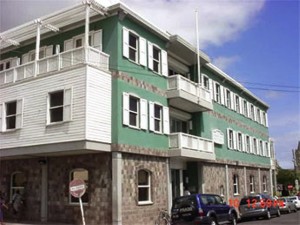 Board Secretary, Mrs. Yvonne Merchant-Charles the meeting has been called to read and confirm the Minutes held on 16th February 2012, to consider matters arising from the Minutes, to receive the reports from the Directors and the Auditors.

Shareholders will also receive the Accounts for the year ended 30th June 2012, declare a final dividend and elect Directors.

Directors will also be appointed for the year ending 30th June 2013 and discuss any other business for which notice in writing should have been delivered to the Company’s Secretary, three clear working days prior to today’s meeting.

In accordance with the Bank’s articles of Association, one third of the Directors shall retire by rotation at every Annual General Meeting. Retiring directors shall be eligible for re-election.

The three directors who are retiring are Mr. Linkon Maynard, Ms. Elsie Mills and Mrs. Eugenie Byron-Condor. They are also eligible for re-election.