GROS ISLET, Saint Lucia – The Cricket West Indies (CWI) Selection Panel has named a provisional 17-man squad as preparations continue for the upcoming Betway Test Series against South Africa. The squad is expected to be further cut down to an official 13-members on Monday, June 7.

The two-match Betway Test matches will be played at the Daren Sammy Cricket Ground for the Sir Vivian Richards Trophy on June 10-14 and June 18-22. These are the final matches in the current cycle of the ICC World Test Championship with both teams trying to finish higher in the final Championship table. 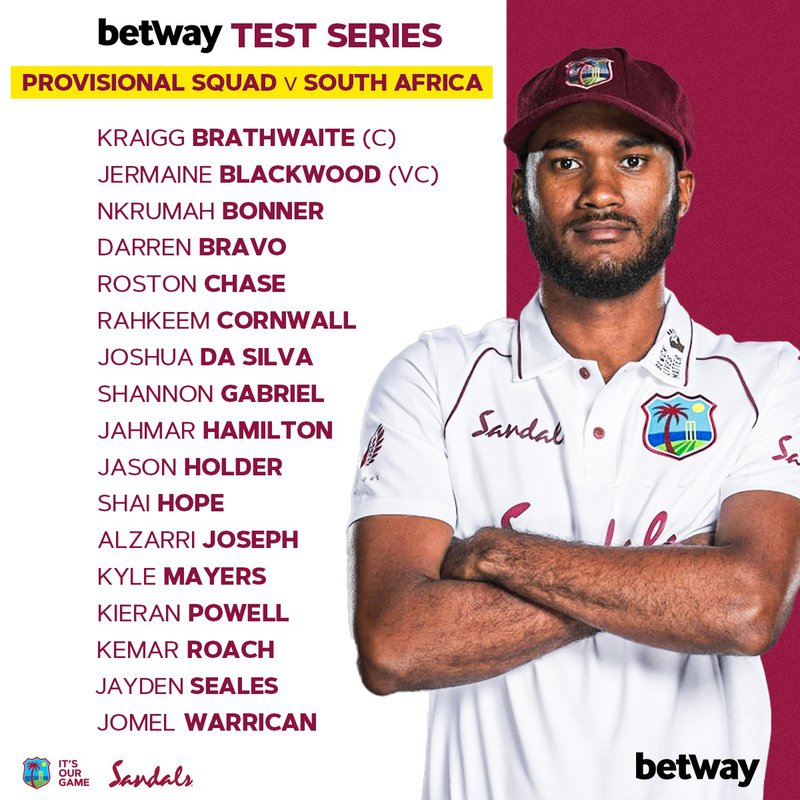 Fast bowler Chemar Holder was unavailable due to injury while 19-year-old fast bowler Jayden Seales is a first-time inclusion in the West Indies provisional squad for a Test Series. The selectors have also revealed that four (4) other young fast bowlers Keon Harding, Preston McSween, Marquino Mindley and Nial Smith will remain in St. Lucia to assist the Test squad with their preparations.