New Governor-General To Be Installed 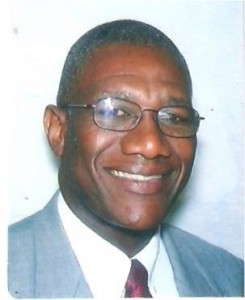 This date, as agreed upon between the Government and the outgoing Governor-General, followed discussions lasting weeks, and involving Buckingham Palace. The Governor-General is the Representative of the Head of State.

The Government has expressed its thankfulness and appreciation to Dame Louise Lake-Tack for Her Excellency’s service to her nation. The only female to serve in the office of Governor-General, Dame Louise Lake-Tack was appointed in 2007 and has thus served for seven years. Two other Governors-General have served in the office. Sir James Carlisle preceded the outgoing Governor-General, following the death of Sir Wilfred Jacobs, who served from 1981, the date of Antigua and Barbuda’s Independence.

The new Governor-General will be Dr. Rodney Williams, a medical doctor, who was once a representative in the Parliament. Dr. Williams will take the oaths of office on the morning of Thursday, August 14, 2014, in the Parliament. A ceremony, that is likely to last less than one hour, will cause the well-rounded citizen of Antigua and Barbuda to become the fourth Governor-General in the life of the nation.

On the day following his swearing-in, Friday August 15, 2014, the new Governor-General will deliver the Throne Speech, outlining the Government’s plan for development during the months following. The people of Antigua and Barbuda join in celebrating Dr. Rodney Williams.