GEORGETOWN, Guyana (GINA) — New president of the West Indies Cricket Board (WICB) Whycliffe Cameron has welcomed efforts by the Guyana government and other stakeholders at resolving all encumbrances at the local level and re-opening the door to international cricket. 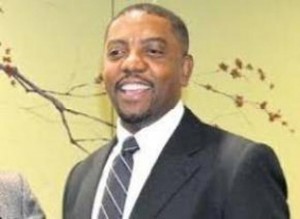 He was also pleased to hear Guyana’s President Donald Ramotar reiterating support for the regional board during a courtesy call on Monday in the company of Minister of Culture, Youth and Sport Dr Frank Anthony.

Members of the Guyana Cricket Board (GCB) had been embroiled in a bitter dispute over claims of financial irregularities that ended with a move to the courts and a resolution for the government to intervene.

The government in response put together an Interim Management Committee (IMC) chaired by esteemed West Indies retired batsman Clive Lloyd, to oversee the affairs of the game over a prescribed period.

The embattled GCB, however, snubbed the IMC and its menu of measures, resulting in the affairs of the game being stymied, and the WICB taking a tough decision to cancel out Guyana as a venue for regional and international cricket matches.

In December last year the sports minister tabled the Cricket Administration Bill that includes among other things a new constitution for the GCB. The bill is at present at the level of the Special Select Committee.

“The minister has done everything in his powers and continues to, there is a bill before parliament and I think we will get that resolved in a couple of weeks and… you will have international cricket back in Guyana in very short order,” the new WICB president said.

Scrutiny of the Cricket Administration Bill is likely to resume when the debate on the 2013 National Budget ends and Anthony remains optimistic.

Sunday evening’s Round One Super 50, Regional Four Day match at the Guyana National Stadium at Providence that attracted a reasonable turn-out was a sign of good things to come, especially for cricket fans.

Cameron expressed the hope that Clive Lloyd, the Guyanese born West Indies cricket icon will continue to play a positive role for cricket in Guyana, but also believes that the WICB could use some of his expertise.

Although not going into much detail, Cameron is brainstorming some ideas that he thinks Lloyd can support.