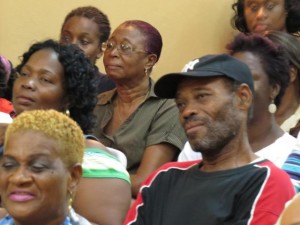 Minister Nisbett, the Parliamentary Representative for Nevis 11 in the St. Kitts and Nevis National Assembly was at the time referring to the decision of the Concern Citizens Movement (CCM), while in opposition both at the Federal and Local levels, opposed the Land for Debt Swap to reduce the national debt and has now endorsed the measure now it heads the Nevis Island Administration in Charlestown.

“There is a cabal in this country calling themselves unity but they are stained with the twin evils of deception and hypocrisy. Criticize their neighbour for doing something and then as soon as you turn your back, they are caught doing the same thing and worse. Just look at the issue with the land for debt swap. The members for Nevis 9 (Hon. Mark Brantley) and Nevis 10 (Hon. Vance Amory) had so much to say about the Prime Minister (Rt. Hon. Dr. Denzil L. Douglas) and this land for debt arrangement saying ‘he selling off our patrimony and needs to resign.’ Now, this land for debt swap which they pretended they were so against was the very basis on which Mark Brantley filed a Motion of No Confidence in the Government,” Mr. Nisbett told hundreds of persons attending the recent “Conversations for Progress.”

Mr. Nisbet added: “After opposing the land for debt swap in St. Kitts, CCM members – (Deputy Premier) Mark Brantley and (Premier) Vance Amory secretly signed off on the land for debt swap in Nevis without consulting the people of Nevis. Where is the transparency and good governance that they talk about..?”
“That is the hypocrisy of which I speak There are so many contrary principles and positions. One side supports land for debt swap while another does not. Brantley is now a recent convert and speaks ‘unity’ but Amory is known to speak Secessionist,” Minister Nisbett pointed out.

Mr. Nisbett also accused NIA cabinet minister Hon. Alexis Jeffers of hypocrisy who had urged the electorate in the Nevis Local elections not to vote for him as he was already elected to the National Assembly and would have two jobs and collecting two salaries.

“He (Jeffers) actually circulated a petition in November of 2012 called “STOP PATRICE NISBETT NOW”. This was before he was elected in Nevis. In that petition he stated: ‘The election of Patrice Nisbett is bad for our democracy. History has shown if you put too much power in the hands of one man, it can be dangerous. Consider that he is Attorney General and a member of the Federal Cabinet, yet he wants to be an elected member of the Nevis Island Assembly,” said Nisbett, quickly adding:

“Well what is so interesting is that the same gentleman (Alexis Jeffers) having been elected to the Nevis Island Assembly now wants to be elected to the Federal Parliament and the Federal Cabinet. It would have been wrong for me to serve as both a representative in the Nevis Island Assembly and the Federal Government but now the same hypocrite of a man, Alexis Jeffers, wants to function in both capacities.”

“That is the nature of the people we are dealing with. They love to indulge in double talk and duplicity.

They love to engage in pretence and hypocrisy. That is why I continue to warn the people of St. Kitts and Nevis to be very careful with those on the other side. Learn from the Nevis experience in January because these guys speak out of both sides of their mouth,” said Minister Nisbett.

Candlelight Vigil to Be Held in Honour of Trevy