The NRP leaders complained during the weekly-NRP-sponsored “Tell Me” programme Thursday night that a letter was sent to Mr. Bailey requesting a meeting with him to discuss specific issues of concern, but in reply Mr. Bailey suggested that representatives of the Concerned Citizens Movement attend the meeting at the same time.

NRP Political Leader Hon. Joseph Parry said Mr. Bailey’s response was “an insult to me, the Nevis Reformation Party and to the people of Nevis. We want to have a meeting; the meeting is set for 5 p.m. and then I am informed, not by Mr. Bailey, but by somebody in the Electoral Office, that the meeting is on, but we have to meet at the same time with CCM and that the commissioners on the Electoral Commission have indicated that is what should happen.”

“They are out of place, out of place. The head of the Electoral Commission is lawyer Nassibou Butler. I am surprised that you would say that to me. You are treating me like a small boy. This is the problem that I have with people on St. Kitts, they feel that whatever they give to us, we have to take and that is not the case,” said Parry, who is also Leader of the Opposition in the Nevis Island Assembly. 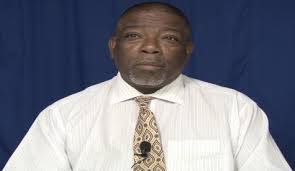 Parry disclosed that he called off the meeting, “but I expect that my team and I will have the opportunity to meet with Mr. Bailey separately. If the commission has something to discuss, and if Mr. Bailey has something to discuss with both parties at the same time, he can extend an invitation to them, but our business must be discussed properly without any interference or cross-talk from the representatives of the Concerned Citizens Movement.

NRP’s Nominated Member in the Nevis Island Assembly, Hon. Carlisle Powell complained that scores of young people have been going to the Electoral Office in Charlestown to attempt to register to vote. 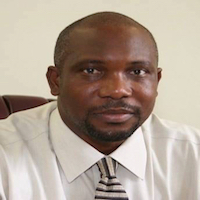 “hey have been turned back with the foolish excuse that the equipment is not working,” said Powell, who suggested that the information can be collected manually with the completion of the required application form and later input into the system electronically,” said Powell, who accused the Electoral Office of “frustrating the process.”

Whether the equipment is working or not, we have a law that persons are to register. There is ongoing registration and there are people who are working in the Electoral Office who can take the information. If the cameras are not working, borrow one or bring over the one in St. Kits as the Federal Elections are not constitutionally due until 2020,” said Parry. The Nevis Island Assembly election is constitutionally due in the next three months.

“Persons cannot be denied the right to registered to vote. Every one of those persons must be allowed to register, must be allowed to vote in the upcoming elections. They are Nevisians and Kittitians. They are citizens of this country and we will not stand by,” said Parry, who made it pellucidly clear to the members of the St. Kitts and Nevis Electoral Commission “if we have to go to court we will go to court.”

An equally passionate Powell stated “We in the Nevis Reformation Party are insisting that to tell people that the equipment is not working so that they cannot register to vote is utter nonsense. You must have paper and for god sake take the information on paper. Have persons fill out the registration forms and when the equipment is working, then you turn that into an electronic version. The people of Nevis and the people of the Nevis Reformation Party will not sit back and allow this foolishness to continue to happen.

There are people going to the Electoral Office in Charlestown to pick up their National Identification Cards having already registered and are being told the system is not working. That system has not been working for too long and I am saying to Christine Hendrickson, Althea Jones and Calvin Fahie – the registration officers – you know what is happening. And if you do not know what is happening, we invoke the Ivor Stevens rule ‘if you ought to have known, you knew.’ Stop this foolishness.”

Mr. Parry said he knows of two persons with citizenship of St. Kitts and Nevis and holders of passports of St. Kitts and Nevis, who “go to the Electoral Office and they are told that if they can bring their birth certificates they cannot be registered. I have asked Mr. Bailey if this is so and he says ‘no. They can register if they have a St. Kitts-Nevis passport.’ All these antics have to stop. They have to stop.”

Powell accused registration officers of allowing persons to register illegally and other persons are taken off the list.

“Persons have been removed from the Electoral List without notice and that is one of the issues we want to discuss with the supervisor of Elections.