BASSETERRE, ST. KITTS, JANUARY 9TH 2014 (CUOPM) – One of TIME magazine’s 100 Most Influential People in the World and who gets his own star on the Hollywood Walk of Fame this year has hailed the life and legacy of St. Kitts and Nevis’ Prime Minister the Right Hon. Dr. Denzil L. Douglas. 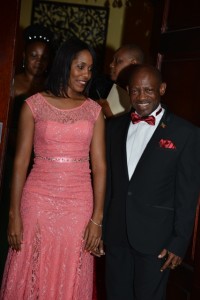 “We live in a world where everything is about success, but nobody is trying to be great by loving and serving other people. And when you look at the life and legacy of this Prime Minister… what you come to realise is that he didn’t start his journey trying to be the Leader of this nation. He started his journey loving and serving other people,” said Tavis Smiley, the Keynote Speaker at the Prime Minister’s 2014 New Year’s Gala last Saturday 4th January.

He told over 750 persons attending the 13th Annual event, that one do not become the Dean of the Caribbean and the West Indies in terms of Leadership. You don’t get elected once, twice, three or more times unless somebody appreciates whatever it is that you are attempting to do,” said Smiley, seen nightly by television viewers in St. Kitts and Nevis and around the globe for the past ten years on The Tavis Smiley Show.

“I said to the audience, everybody wants to be a leader these days. It is a term that we throw around with such reckless abandonment. Everybody wants to be in charge of something and I said to the conference, ‘if you call yourself a leader and you look behind and there isn’t anybody following you, then you are just out for a walk; you are just out getting some exercise.’ Your Leadership ought to have some qualities, somebody ought to be following you somewhere if you are call yourself a leader,” said Smiley, to the applause of the audience.

Added Smiley: “And so, when you are elected once, twice, three times and four times, it means that the quality of your Leadership is being recognized and being respected, appreciated, embraced and is being rewarded and so when you start to read about your esteemed Prime Minister you are in the company of greatness and whenever I am around that kind of greatness, I always want to know the backstory, I want to know how did you arrive at this place.”

Smiley, a broadcaster, author, publisher, advocate and philanthropist, said there is so much that has been accomplished over these four terms of the administration of Prime Minister, the Rt. Hon. Dr. Denzil L Douglas and “I pray that he runs successfully and that you would support him as long as he wants to run.” 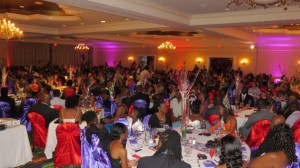 “It seems these days that everybody wants to be a leader and everybody wants to be Prime Minister but here’s what is unique about our Prime Minister and the reason why most of us will never be the Prime Minister of St. Kitts and Nevis. There is something about him that all and the rest of us can emulate and that is why it is important that you get a chance to be amongst greatness. The bible says a prophet tends to be without honour in his own home, we sought of take them for granted in their own homeland. So we aren’t all going to be Prime Ministers but here’s what we can do and I hope you will take this for the rest of the year and just marinate on it. While we all cannot all be Prime Minister, every one of us in this room is a Leader in our own right,” said Smiley. 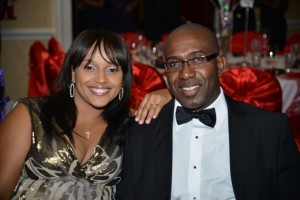 Asking if there is the right kind of operational definition of the kind of servant leaders that is needed today, Smiley opined that the paradigm of leadership in St. Kitts and Nevis and around the world has shifted.

“Here is my definition of leadership and I can assure you that this is the best definition of leadership that you can find and it is mines…you can’t lead people unless you love people and you can’t save people unless you serve people. So the leadership game is not about how many titles you have, it’s not about how many degrees you have, how much money you make, what kind of car you drive, what part of the island you live in, where you vacation…none of that matters, if you would call yourself a leader. What matters is … (and) what is the depth of your love for everyday people. And secondly what is the quality of your service to them. So we have this Leadership notion all twisted,” he said. 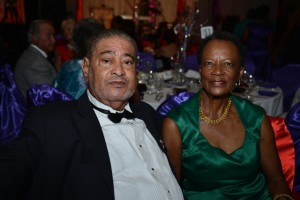 “So the questions are: what is the depth of your love for our people? What is the quality of your service to them? We live in a world where too many people are chasing success and nobody is chasing greatness. Most people who claim to want to be great, are just chasing significance; we all want to be acknowledged, rewarded; there’s nothing wrong with being respected, loved and paid attention too,” said Smiley.

Among the audience were the Governor General His Excellency Sir Edmund Lawrence and Lady Lawrence; Deputy Governor General of Nevis, His Honour Mr. Eustace John and Mrs. John; Prime Minister the Rt. Hon. Dr. Denzil L. Douglas; Deputy Prime Minister, the Hon. Dr. Earl Asim Martin; Members of the Cabinet, the Speaker of the National Assembly, the Hon. Curtis Martin and a wide cross section of the St. Kitts and Nevis community, including returning nationals, business leaders, youth and visitors.