After an impressive march past, the little ones happily engaged themselves in competing in various races which included: Flat races; socks and shoes; dress up races; bottle races; obstacles races and endurance races. The school was ably assisted in coordinating the races, by members of the Sports Department team.

Add to that, the Teachers race; the males, then females’ parents’ races and Teacher Collins doing a solo exhibition run.

Among the many spectators on hand, were the Hon. Hazel Brandy-Williams and the man PINOCHIO of ZIZ fame, who loudly cheered on his daughter and every other athlete who belonged to yellow house.

When the points were tabulated, the placements were as follows: 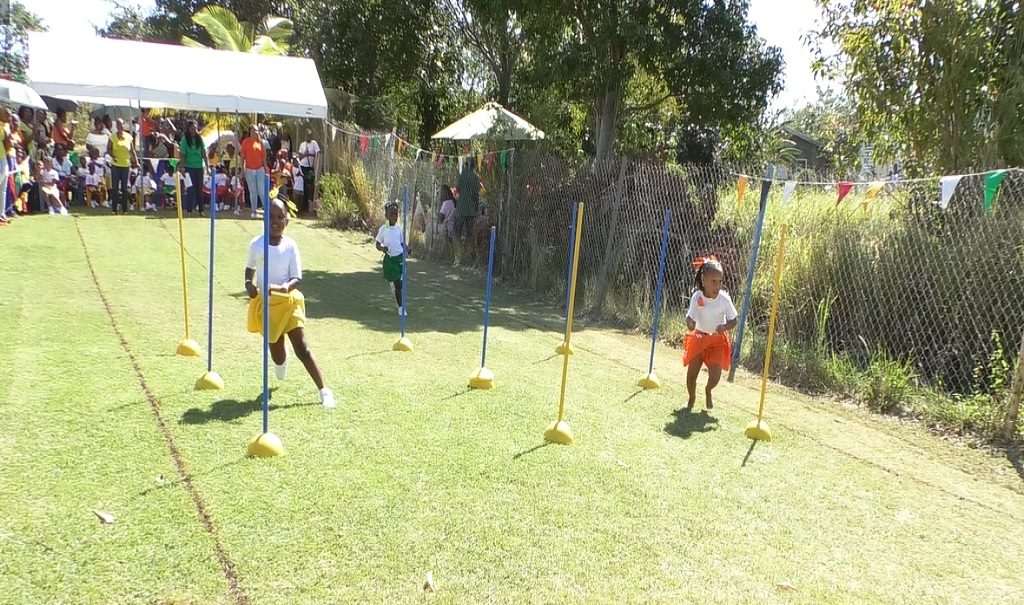