Parry: Sir Simeon Daniel had “many, many, problems” in Simmonds Administration

“I am not here to knock (Prime Minister the Rt. Hon.) Dr. Sir Kennedy Simmonds. I like the man and I have the greatest respect him so I am not here to knock him and he was very open with, but I am going to say this. Working with Dr. Douglas, we have made far more progress and we have had far more cooperation that we’ve had with PAM because there were people in PAM who were always suspicious of Nevis and always suspicious of (the Rt. Excellent Dr. Sir Simeon Daniel and Ivor Stevens, etc.,” Mr. Parry said via a telephone interview on “Good Morning St. Kitts and Nevis.”

Mr. Parry, whose NRP served in a coalition with the PAM Administration of Dr. Kennedy Simmonds, said all was not well but declined to give details.

“I know Mr. Daniel in his private moments, had many, many problems, many many problems and these are things which I would not reveal because he is not here to tell me to reveal them but he was not a happy man,” said Mr. Parry, who is also Leader of the Opposition in the Nevis Island Assembly. 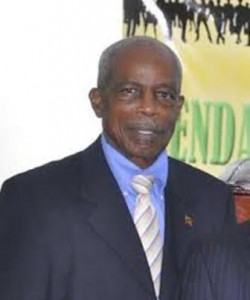