St George’s, Grenada – Prime Minister Dr Keith Mitchell led his New National Party (NNP) to an historic clean sweep of all 15 seats in a general election yesterday, making it the third time he has achieved the feat in electoral politics in Grenada. 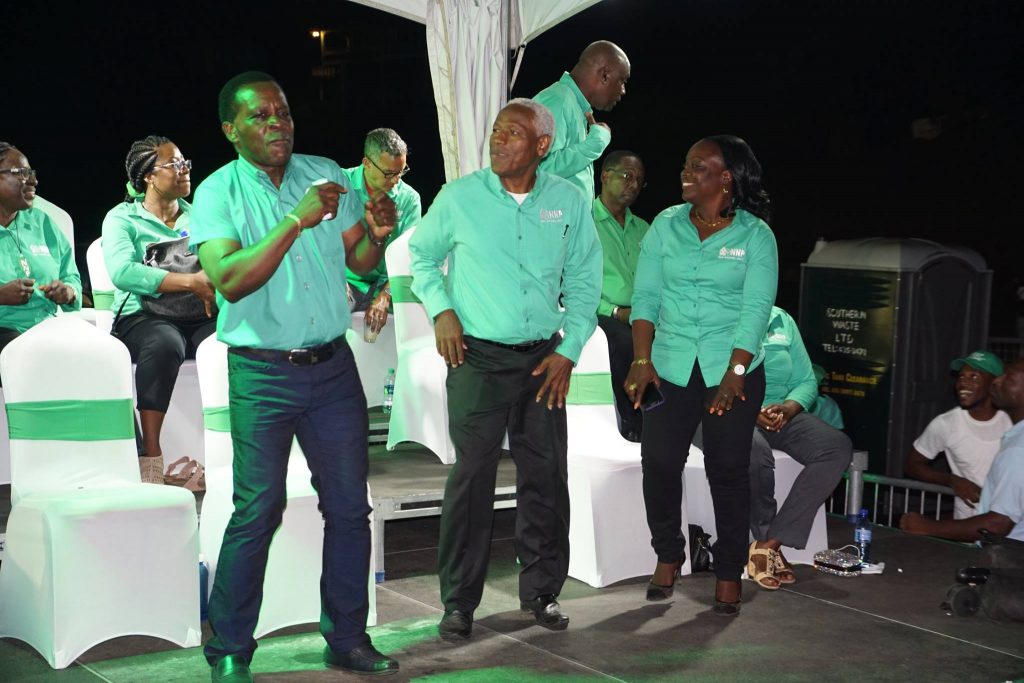 The 71-year-old Mitchell, who led the NNP to a consecutive sweep following his 2013 victory, immediately called on the leadership of the main opposition National Democratic Congress (NDC) to be part of the social partners that will chart the way forward for the tri-island state.

Dr Mitchell said that unlike 2013 when he won the general election and had no idea as to the state of the local economy, this time around, “I don’t feel the pressure because I am in the seat and I know what the plans are.

“Therefore I feel very confident I will meet the aspirations of the people of this country,” he said, noting however that “to whom a lot is given, a lot is expected.”

Mitchell easily won the St. George North West seat which he has been representing for more than three decades, defeating the NDC’s Alli Anthony Brian Dowden by a 2 546 to 406 margin. 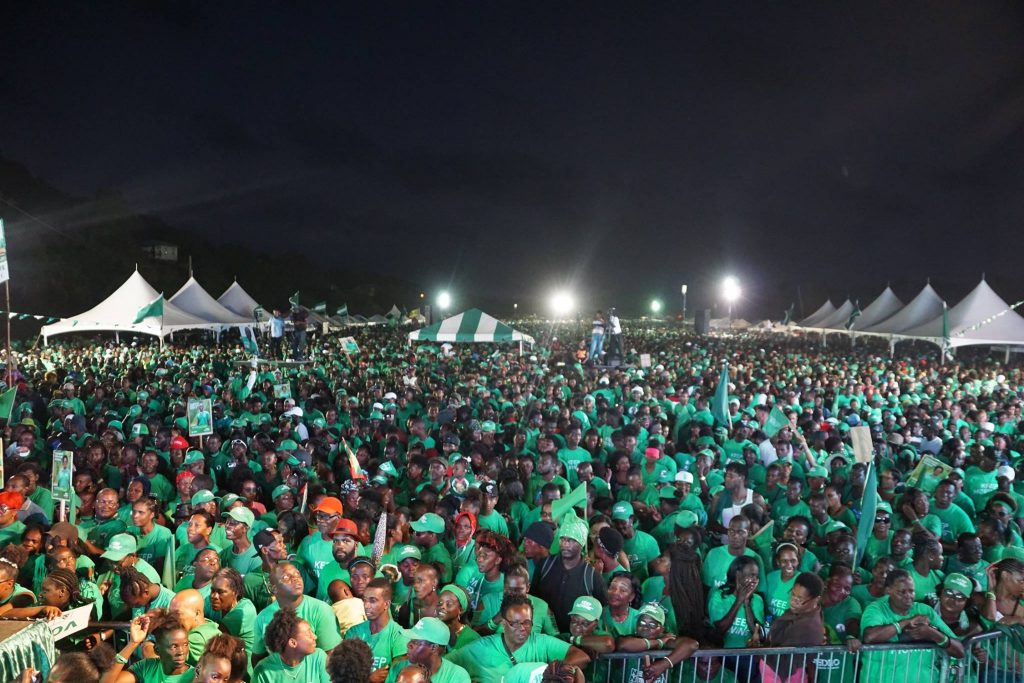 Former NDC executive, Peter David, who was fired from the party in 2013, easily on the Town of St George seat, polling 1616 votes as compared to 789 for Claudette Joseph of the NDC.

In the St George South constituency, Health Minister Nickolas Tang Conway Steele polled the most votes in the election, receiving 3536 votes as against 2679 for former public servant and trade unionist, Raymond Roberts, of the NDC.

Mitchell said he is convinced that if his administration is able to bring Grenadians, including the estimated 20 000 people who voted against the NNP together, then the country would be better off.

He against dismissed the notion that the clean sweep would result in the government having a free hand in running the affairs of the country. 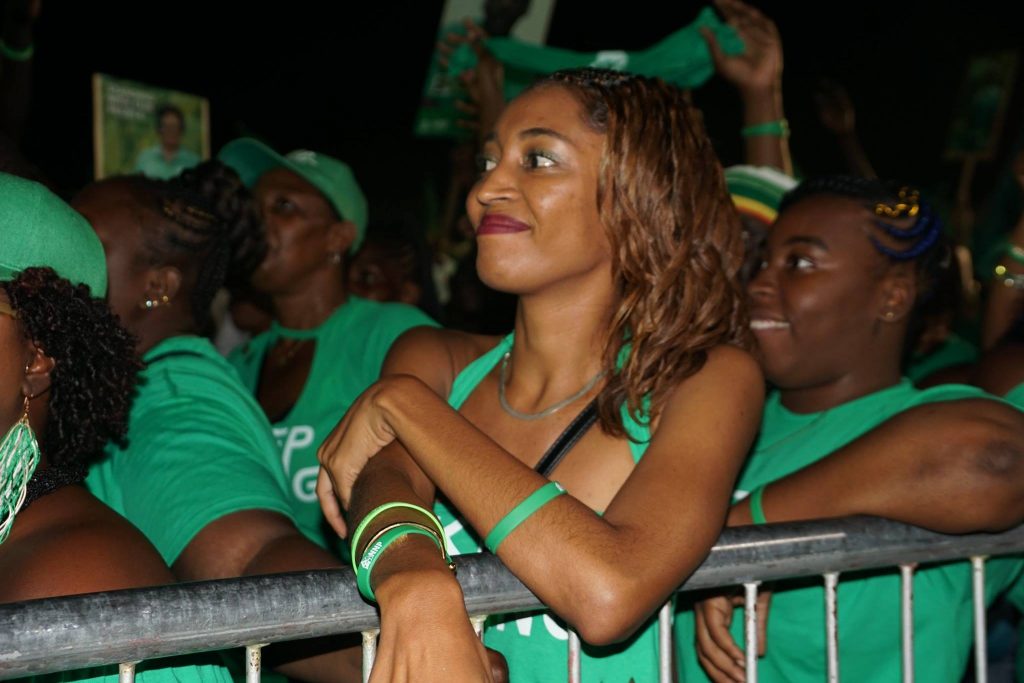 “You can’t ignore that 20 000 people voted against you . . . the task is to bring that element into the decision making process,” he said, reiterating his call for the NDC to join the social partners in “dealing with the problems of the country”.

He has already indicated he would be looking at the manifesto of the NDC adding “you could have the best ideas and you don’t have that team willing to reach out for different opinions, you are not going to be as successful as you should be.

“The NDC will get a commitment from us to involve them. They refused before . . . but I hope with the present results more common sense will prevail,” Mitchell said adding that he had not yet received any congratulatory message from Burke. 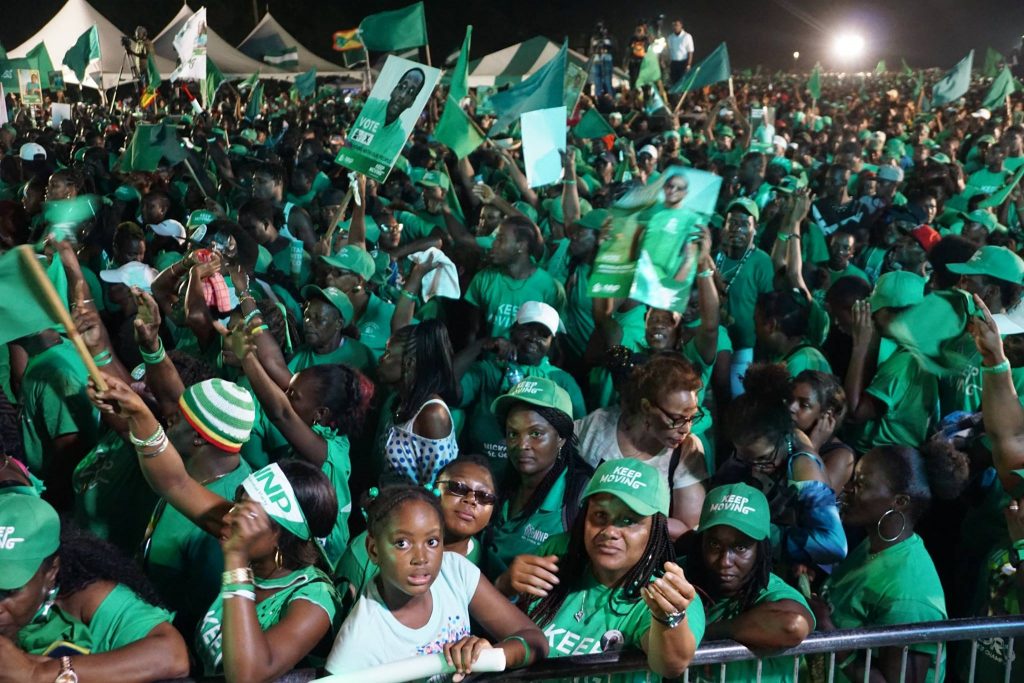 Burke, who led the party into an election for the first time, failed to win the St George North East constituency losing to the NNP’s Tobias Clement 2458 to 2319 votes.

Mitchell, who said that a national rally will be held on Wednesday to celebrate the victory, said if he had to provide any advice to the NDC it would be to change the leadership so as to provide leadership in the country.

Barbados-based political scientist and pollster, Peter Wickham, who had predicted an NNP victory, said that the NDC strategy “was flawed”.

He said the party would have been better off campaigning on the promise of a “strong opposition” rather than trying to tell the population it would win the election given the results of the 2103 poll.

“The mistake the NDC made is that they made people believe that they were winning,” Wickham said, adding that the results made it imperative for the “NDC to clean house”.

Another political commentator, Ambrose Phillip, said the NDC has to “do some soul searching” adding it had underestimated the electorate.