St. Kitts and Nevis Revels With Other Delegations in Spectacular Carifesta 14 Opening Ceremony

Port of Spain, Trinidad (August 17, 2019)—CARIFESTA 14 in Trinidad and Tobago opened in grand style with a spectacular production last night, August 16, with each represented country parading across the huge stage in spectacular colour display, to the roars of thousands in the audience.

The Queen’s Park Savannah was transformed.

The opening show paid homage to the musical wealth of the region- reggae, calypso, soca, tribal anthems, chutney- as each participating territory of Carifesta was introduced with music affiliated to it.

St. Kitts and Nevis, along with the other seventeen (17) represented nations, was welcomed to the host country by Prime Minister Dr. Keith Rowley, who indicated that CARIFESTA is an ideal platform to continue the advocacy for regional integration. He also said the spirit of unification will lead to ascendancy from CARIFESTA to the entire Caribbean to the international stage.

Trinidad and Tobago’s Minister for Community Development, Culture and the Arts, Hon. Dr. Nyan Gadsby Dolly, intimated that CARIFESTA is the embodiment of the Caribbean reality- a melting pot of unique expressions.

As the prelude to the official opening ceremony, St. Kitts and Nevis and the other delegations to CARIFESTA 14 stood out in a ripple of colour as the iconic Queen’s Park Savannah Avenue, in Port of Spain, Trinidad, was transformed into a river of brilliance.

Carnival in Trinidad and Tobago was held earlier this year, but the splendour, dance and musical energy of the CARIFESTA parade was reminiscent of the glory of Carnival.

The St. Kitts and Nevis delegates danced, pranced, waved flags and sang, while being accompanied by various musical instruments such as drums, horns and fife, to the parade square. 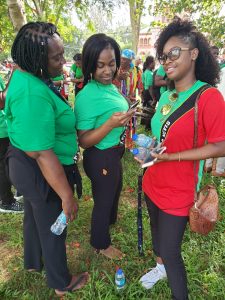 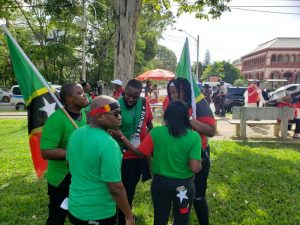 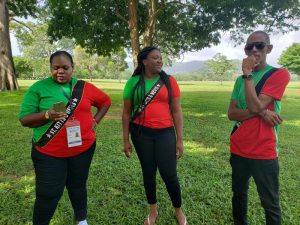 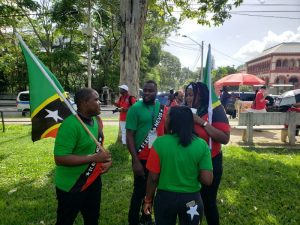 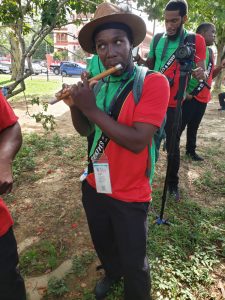 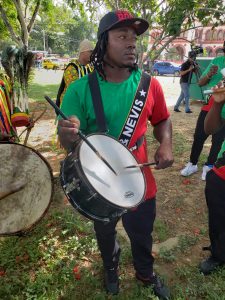 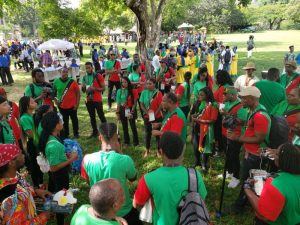 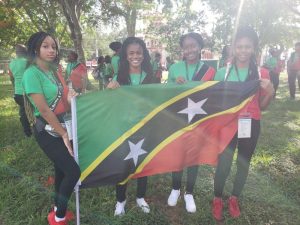