The New Zealand tour of the Caribbean scheduled for June and July will consist of three Tests and two Twenty20 Internationals, the West Indies Cricket Board has confirmed. 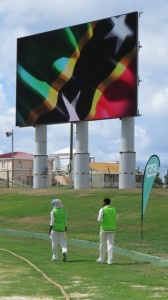 Significantly, West Indies opening batsman Chris Gayle has appeared in 99 Tests and his 100th Test appearance is expected to be in the Jamaica Test, provided he avoids injury. He averages 42.01, with 15 tons to his name.

Following the visit by the Black Caps, a Bangladesh tour will consist of two Tests, three ODIs and one Twenty20 International.

The West Indies opened the international season in the Caribbean for 2014 in when they played England in three ODIs and three Twenty20s in February and March. The hosts won the T20 Series 2-1 and the result was reversed for the ODI series.