St Lucia police commissioner barred from flying to US

CASTRIES, St Lucia — According to local reports, Saint Lucia commissioner of police, Vernon Francois, was not permitted to board a flight from Hewanorra International Airport Lucia to the United States to participate in US organized and financed training programmes. 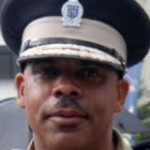 This latest incident comes on the heels of earlier reports of US visa revocations of senior members of the force and a former government minister.

According to local sources, the situation has reached the point where decisive action must be taken on matters concerning money laundering, drug trafficking and extrajudicial killings.

“This series of events is not only embarrassing for Saint Lucia and the status of the island’s law and order, it is a matter that requires further explanation by Prime Minister Kenny Anthony and Senator Philip Victor La Corbiniere Minister for Legal Affairs, Home Affair and National Security,” one local observer said.In a statement of Friday, the government of Saint Lucia said it is aware of the concerns and anxieties expressed by the public over what it described as the decision by the United States to disallow officers of the Royal Saint Lucia Police Force from participating in several training programmes arranged or financed by the US.

“The government also appreciates that these concerns and anxieties extend to the ranks of the Royal Saint Lucia Police Force,” the statement said.

The government acknowledged that it was in the country’s vital interest to maintain close ties of co-operation with the United States in security matters.

“The issues are serious and complex,” the government said however.

The statement said that Prime Minister Dr Kenny Anthony will, on a date to be announced early next week, issue a statement to explain and address the issues of concern and, in particular, the reasons for the actions of the United States against officers of the Royal Saint Lucia Police Force.