Charlestown, Nevis- April 9, 2013- The Nevis Culturama Committee has decided to re-introduce a plan which would facilitate the involvement of all Calypsonians in the Federation of St. Kitts and Nevis, in Nevis’ Culturama Festival while simultaneously honouring one of the principal objectives of Culturama which is “to create a climate in which Nevisian indigenous folk art could reassert itself and flourish”. 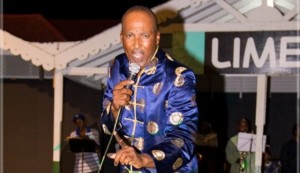 It is in this regard; every effort is being pursued to modify the 2013 Nevis Culturama Festival program of activities to reflect this inclusive strategy. The Committee proposes, in the first instance, the staging of a Senior Kaiso Contest which would be open exclusively to Calypsonians resident in Nevis; to be followed by a “Best of the Best” St. Kitts versus Nevis Kaiso Competition which would be open to an equal number of top Kittitian and top Nevisian Calypsonians.

To further promote the calypso art form on Nevis, the Culturama Committee is undertaking an initiative to cover part of the expenses related to the recording and production of the competition songs of the Nevisian calypsonians contingent on the early preparation and release of their calypsos for the 2013 Nevis Culturama Festival.

The Nevis Culturama Committee is pleased with the attendance and active participation of the Nevisian calypsonians in a meeting convened on March 5, 2013. All Calypsonians demonstrated a very keen interest in the development of the Calypso art form on the island and are looking forward to the Calypso competition this year.

The general public in St. Kitts and Nevis is encouraged to support the efforts of our Calypsonians, by attending the Kaiso Tents and Kaiso Elimination events for the ensuing Nevis Culturama Festival, 25th July- 6th August 2013.