The Prince of Wales and the Duchess of Cornwall to Visit St. Kitts and Nevis as Part of Their Caribbean Tour in March

Basseterre, St. Kitts, February 20, 2019 (SKNIS): Their Royal Highnesses The Prince of Wales and The Duchess of Cornwall, are scheduled to pay a Royal Visit to St. Kitts and Nevis on March 21st. The trip comes as part of Their Royal Highnesses’ visit to six countries and one Overseas Territory, undertaking over fifty engagements across ten islands, including a visit to Cuba. It will be the first official visit by a member of the Royal Family to Cuba. 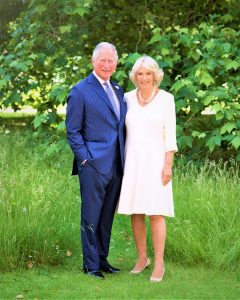 While in St. Kitts and Nevis, The Prince and The Duchess will undertake a programme that will demonstrate the Country’s commitment to heritage restoration, the environment and local culture. The Prince of Wales will also have the chance to return to the Brimstone Hill Fortress, a UNESCO World Heritage Site that he last visited in 1973. The Prince will learn more about the history of the Fortress, the restoration work that has been undertaken there, and attend a showcase of local culture, dance and music. Their Royal Highnesses will also attend Receptions on both Islands for members of the community which will feature local music and culture.

The Royal Tour begins March 17th in Saint Lucia, then moves on to Barbados March 19th, followed by St. Vincent and the Grenadines on 20th March, Grenada on the 23rd March, on 24th March Their Royal Highnesses will visit Cuba and the tour culminates in the Cayman Islands on March 27th.

His Royal Highness The Prince of Wales, is the heir apparent to the British throne as the eldest child of Her Majesty Queen Elizabeth II.