Thousands take to the streets of Basseterre for Jouvert 2014

The locals were joined by hundreds of cruise ship passengers from three visiting ships as the bands moved from their starting points to the judging locations and into Fort Street, Church Street, Bay Road, Cayon Street and West Independence Square Street.

ZIZ Radio, ZIZ Television, ZIZOnline.com, Freedom FM and WINNFM brought the action live from Fort Street, Basseterre as the Jouvert troupes and bands circled the area and as they passed the different judging points playing their popular road march tunes.
After several hours of non-stop jamming, the event ended at 11 a.m. 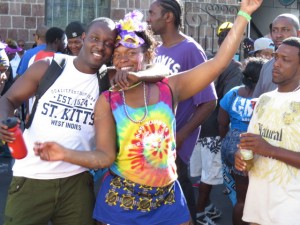 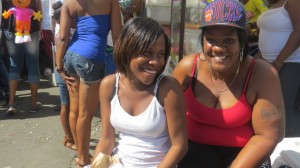 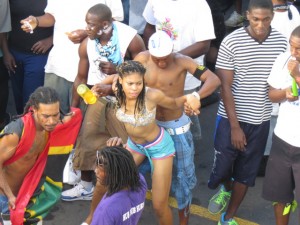 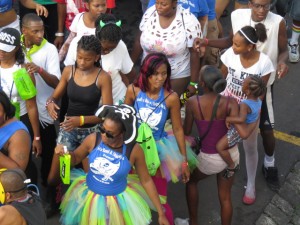 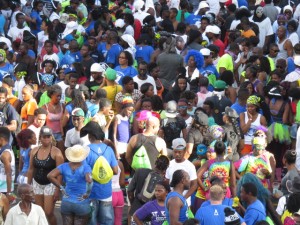 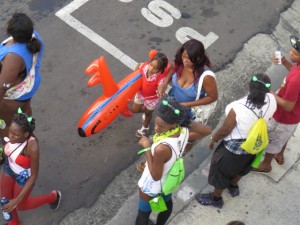 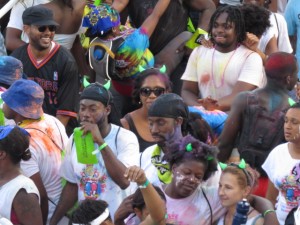 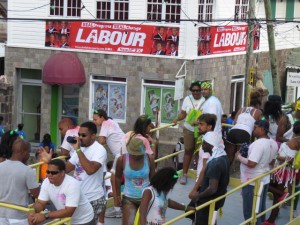 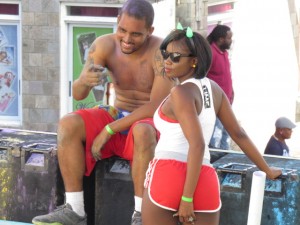