PORT OF SPAIN, Trinidad — The Caribbean twin island of Trinidad and Tobago was shocked on Sunday when its leading female track star Kelly-Ann Baptiste voluntarily left the world championships in Moscow after reportedly failing a drug test.

The country’s team manager Dexter Voisin would only tell a leading daily newspaper that Baptiste voluntarily left the games.

“She has voluntarily withdrawn from the competition and is heading back to her base,” Voisin told the Express, saying he couldn’t disclose any information pertaining to the test for prohibited substances. 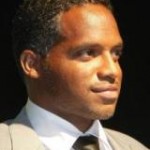 Trinidad and Tobago’s former silver and bronze Olympic champion Ato Boldon told the local media he is giving Baptiste the benefit of the doubt and cautions that people should not hasten to judge Baptiste until the investigations are complete.

“I would like to ask people to reserve judgment until we find out more details,” noted Bolden.

Richard “Torpedo” Thompson who picked up a silver medal in the 100m at the 2008 Beijing Olympics – told the newspaper he is all for Kelly-Ann.

“We’ve heard about the supposed positive test. However, it’s difficult for me to speak on the matter because I haven’t spoken to Kelly-Ann directly. I’m just waiting to hear, just like everybody else. It’s obviously a difficult time for Kelly-Ann. It would be a difficult time for her family, her camp, Trinidad and Tobago. However, I’m sure she will get a lot of support through it. Kelly-Ann, I’ve always seen as a stand-up person,” Thompson said.

Baptiste and Thompson were team mates at Louisiana State University.

Another of the country’s top female athletes Semoy Hackett also withdrew from the championships pending the result of a drug test she failed in 2012 at a US college championships meet.

Hackett, who was a US college sprinter at Louisiana State University, is said to have used the banned drug known as methylhexaneamine.

The Trinidad and Tobago disciplinary athletics administration panel (National Association of Athletics Administrations – NAAA) lifted the suspension against Hackett and she was free to run at the national championships in June.

However, the International Association of Athletics Federations (IAAF) appealed and overturned the NAAA ruling and took the case to the court of arbitration for sport (CAS).

NAAA president Ephraim Serrette told the local newspaper the withdrawals of the islands top female sprinters will be addressed in a news release.

The withdrawals by Baptiste and Hackett jeopardize the Trinidad and Tobago female relay team, which is now down to five athletes: hurdler Aleesha Barber, Michelle-Lee Ahye, Kai Selvon, Reyare Thomas and Kamaria Durant. They will have to contest the women’s 4x100m relay without the Tobago track stars.

Baptiste ranked third in the world this year with a time of 10.83 seconds behind Jamaica’s two time Olympic champions Shelly-Ann Fraser-Pryce and Nigeria’s Blessing Okagbare. She won bronze in the 100m at the 2011 world championships.

US sprinter Tyson Gay, who was banned after he failed a drug test in May, reportedly trained along with Baptiste.

She was entered in the 100m, 200m and was part of the Trinidad and Tobago 4x100m relay team at the games in Moscow.

Facebook went wild with commentary and opinion when the news broke of Baptiste’s failed drug test on Sunday. Some expressed disappointment and hope for the better, others chided the sprinter, with one poster saying: “Shame, shame, shame.”

Thousands of Nevisian patrons contribute to the success of St. Kitts Musical Festival…