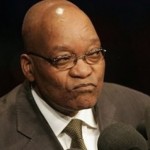 Speaking at the launch of the of SABC’s new news channel, Zuma said South Africa was happy that there was no violence.

“Tsvangirai says there is rigging. He has to produce evidence to prove it,” he said. “For us the worry was violence and the election was not violent.

“Once you make a case you’ve got to produce evidence.”

Tsvangirai alleges that the voters’ roll had been manipulated and this had led to it being non-credible.