Each year the Rotary Club of Liamuiga hosts its Primary School Spelling Bee competition for students ages 9-11 as part of its youth service programmes. This year’s competition was tightly contested and saw a mammoth 18 spellers making it to the elimination rounds. Following 4 elimination rounds of spelling, 3 spellers remained and Ajané was able to emerge victorious with the winning spelling of the word “VERSATILITY.”

“Our Club was certainly pleased to have 20 of the approximately 25 primary schools on St Kitts participating in our spelling bee this year,” said Ms Tuffida Stewart, President of the Rotary Club of Liamuiga. “The young students were quite impressive with their spelling skills and we congratulate the parents and teachers for their support and encourage them to continue their extraordinary task of moulding our nation’s young minds.”

The Club’s upcoming projects will include sponsorship of one young person to attend the Rotary Youth Leadership Awards in Grenada, refitting of the Beach Allen Primary School Computer Lab with new computers and a server, its annual Christmas Hamper Distribution to the less fortunate, an uplift of the Bay Road Boulevard and the hosting of the Club’s major fundraiser, its Annual New Year’s Charity Ball at Carambola Beach Club on December 31st. 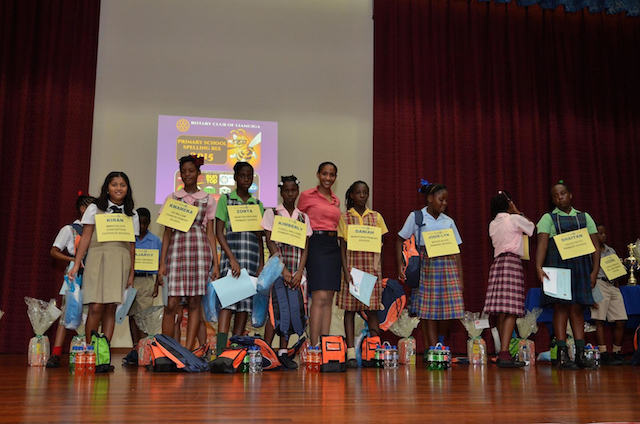