Another Gun taken off the streets by the Royal St. Christopher and Nevis Police Force

The Public Relations Office of the Royal St. Christopher and Nevis Police Force today announced the arrest and charge of David Leon Jeffers of Fort Thomas Road, Basseterre, St. Kitts. According to the release Jeffers was charged for the offenses of possession of ammunition, and possession of Firearm. It is alleged that the offenses were committed on August 24, 2013. 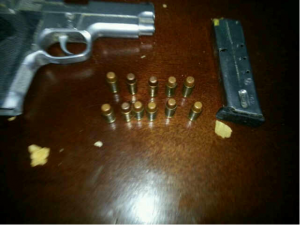 Unconfirmed reports reaching this media house indicate that a female of Cherry Garden Nevis has also been linked to the incident. It is alleged that the female travelled to St. Kitts on a inter island ferry and was observed by an off duty police officer carrying a box of cornflakes which the officer found to be suspicious.

It is alleged that when the officer checked the box of cornflakes, he found the gun and ammunition concealed therein. The female was taken to the Basseterre, Police Station where it is understood that she was detained. 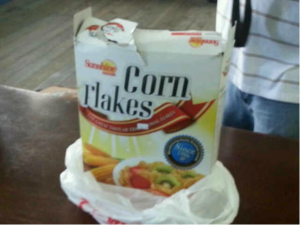