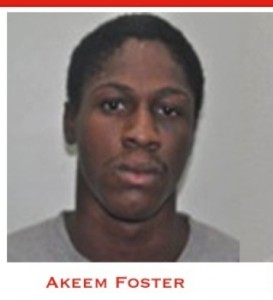 A total of eight matters were slated to be heard by His Lordship Justice John Benjamin QC. At the end of the Assizes five of those matters were heard while the other three were traversed until the November 2013 Assizes.

Geoffrey Romany was granted his wish after he asked the Court to traverse his matter until the November Criminal Assizes. Romany is charged with money laundering and fraudulent conversion. In court, Romany, an attorney by trade, represented himself.

The other two traversed matters were for sexual offenses.

The case against Jasper Qvist that began on Wednesday, April 24, 2013 concluded yesterday with a guilty verdict.

A 12 member jury found Qvist guilty of raping a female on August 11, 2012 at Nelsons Spring.

He was sentenced to three years imprisonment.

Joining him in the over-populated prison walls of Her Majesty Prison was nineteen year old Akeem Foster. Earlier in the Criminal Assizes Foster took the stand and entered a plea of guilty to burglary, and a not guilty plea to robbery. On Thursday in court the Prosecution withdrew the robbery charge against him.

On the evening of August 2, 2012 it was reported that Foster broke into the house of Thomas Johnson at Ramsbury Site with the intent to steal.

He was sentenced to three years imprisonment by Justice Benjamin.