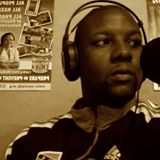 Athletes from the federation were thrown into the spotlight in London following the withdrawal of the accreditation of veteran sprinter Kim Collins prior to the preliminaries of the 100 metres and the sending home of Tameka Williams for an alleged doping violation.

Public relations officer of the SKNAAA, Evris Huggins, said that the athletes have apologised and the issue is now behind.

However, Huggins did not reveal if Collins was among the athletes who submitted letters of apologies to the association. Collins is believed to be living and training in Jamaica.