A British woman raped in Barbados three years ago has written to the island’s prime minister demanding the case is reopened to find her attacker.

Researcher Dr Rachel Turner, 31, from Hertfordshire, waived her right to anonymity to clear the name of a Barbadian accused of the crime. 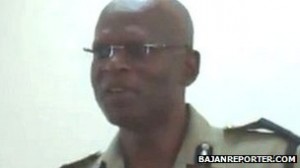 The man was cleared in December 2012, but Barbados Police Commissioner Darwin Dottin refused to reopen the case.

Derick Crawford was cleared by a court following evidence from Dr Turner and a second victim, Diane Davies, of Anglesey, north Wales, who told the judge he was not the attacker.

In June this year, Commissioner Dottin was removed from his position and Acting Commissioner Tyrone Griffith took over.

But he has said he has no plans to reopen the case.

In her letter to the prime minister, Dr Turner wrote: “The lack of action by the authorities in this matter suggests to me that they are not sufficiently concerned about the safety of local people or visitors to the island to resume the investigation and find the real rapist.”

She called on the prime minister to “re-open the police investigation and find the perpetrator of the rapes, and… ensure an independent inquiry into the conduct of this investigation by the police officers involved”.

No-one from the office of the Barbados Prime Minister was available for comment.