Cameras, fans, DVD player, tablet and solar panels among 50 items to be raffled 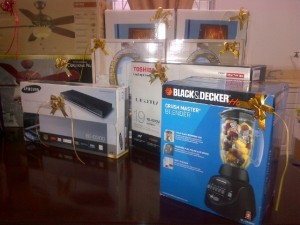 The Trade Show officially opens with a Ceremony at 11a.m. on Wednesday 26th June and continues at on Thursday 27th June 2013.

Data storage devices, fans, high quality surveillance systems, solar panels and house-ware supplies will be on display during the 2013 St. Kitts and Nevis and Taiwan Trade Show next week.

According to organisers, medical gadgets, television, bicycles, and furniture will also be on display by the 19 Taiwanese companies participating in the June 26th and 27th exhibition at the Royal St. Kitts Hotel.