Dr Isaac who was rounding off a busy week-long visit to St. Kitts was accompanied by one of his associates Dr Samir Sinha, who is a geriatrician. According to the Honorary Consul, the purpose of the visit was to help and promote the care of the elderly, as St. Kitts and Nevis has an ageing population.

“Dr Isaac exemplifies what we are attempting to do with our diasporic community – to see them as a critical asset in our programme for nation building,” said Prime Minister Harris. “And in that regard we want more persons to follow that and to bring their talents, their experiences, their networks out there in helping us address areas of need in the country.”

The Prime Minister explained that his government is looking at how it can do a better job in St. Kitts and Nevis, in ensuring a life of independence, a life of engagement, a life of support and constructive engagement for the senior citizens in the population.

“In that regard we have an expert in geriatrics who can help us formulate a home-grown policy that best reflects our aspirations as a compassionate and caring society, which wants its citizens to be continually engaged as a lifelong experience,” explained Dr Harris. 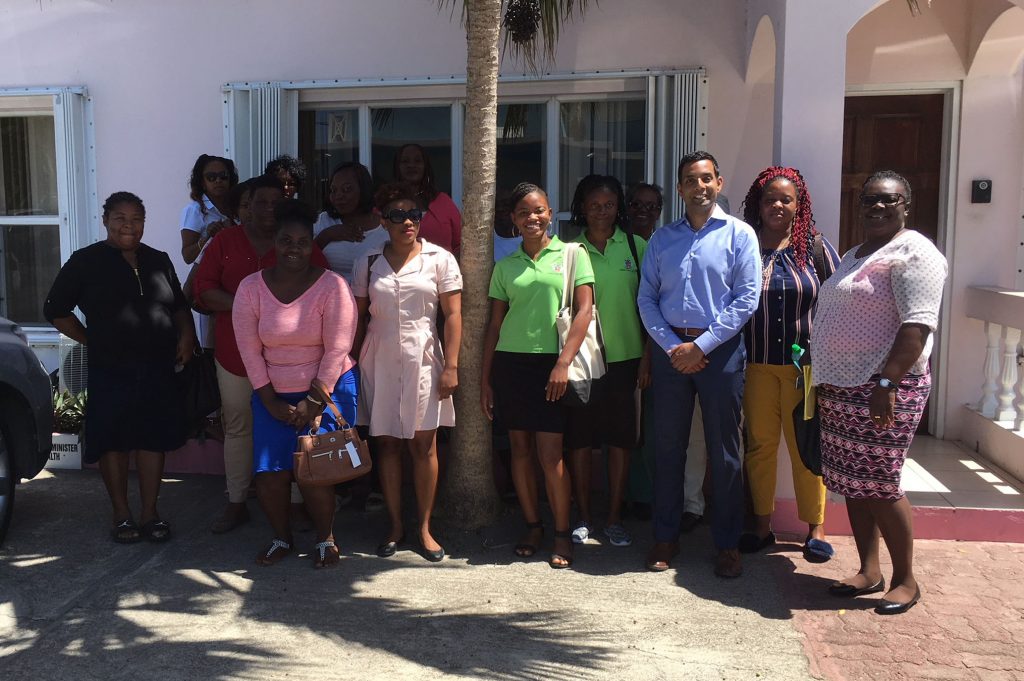 He noted that while some persons would have reached the ‘age of retirement’, he reasoned that they may retire from their particular programme of work but in his government’s view they must always be actively engaged in the task of nation building.

That could be done, explained the Prime Minister, either through their own recommendation and prescriptions honed from years of experience on the job or whether by helping them to sustain their values, “or their helping our young people to sustain the timeless values that shape our society. It could also mean inculcating values of love and patriotism in the younger generation and encouraging the sustenance of a cohesive, caring, and inclusive society.”

In order to break the barrier of isolationism which sometimes affects the elderly and hurry their sense of limited usefulness in the society, the government could build homes and day care facilities for seniors where they can commune as they congregate and share with persons of a similar age and standing in the community and do things together.

That would help build the bond of camaraderie, which in return help build their own sense of usefulness and according to Prime Minister Harris, “gives them a greater sense of vitality to do other things with their families, with their friends that make us all a more cohesive and a much more productive society.”