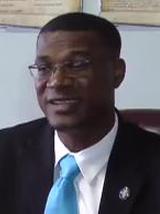 Numerous British advisers remain on hand in the TCI, holding the government accountable for their actions and in particular the way they are addressing the pay down of the $260 million loan guaranteed by Britain.

In fact, during the period of direct rule by Britain, a number of “milestones” were established leading to the resumption of elected ministerial government and all except the one pertaining to financial responsibility were achieved. However, following requests by both political parties, an election was called and conducted in November last year.

This visit by the CARICOM team is said to be the direct result of controversial statements that Premier Rufus Ewing made to the regional bloc’s heads of government when they met in Haiti in February. Ewing’s statements claiming that Britain was restricting his government from operating as a democratically elected body were rejected by British Secretary of State William Hague.

The British position is that, by imposing direct rule in August 2009, the TCI was saved from absolute insolvency. However, the massive debt and obligations left by the former Progressive National Party (PNP) government have resulted in a high tax environment, which is predicted to stall the economic prospects of the once growing territory for at least the next 20 years.

Bahamian Foreign Affairs Minister Fred Mitchell was interviewed and said that the discussions in the TCI were very frank and that CARICOM has no power to enforce any recommendation. However, he said, they will issue a report.

“It is up to the people of the TCI to decide how to handle the situation based on their evaluation,” he said.

The PNP government, which received only 45% of the popular vote in the 2012 November election, won the government by one seat, with three seats won by the PNP with very slim margins. The PNP also lost three of the five at large seats.

Ewing spoke of taking the TCI independent at the CARICOM meeting in Haiti and the issue of independence has been raised time and again in public speeches by Ewing. He has also promised to create a team to discuss the independence issue among the population but this has yet to go forward.

In the past, former British overseas territories that have gained independence were required to demonstrate an 80% vote by the electorate in favour of independence.