In progressive politics we can often lose our way when we confuse ends and means. It does matter how we advance the cause – particularly when we are in government. But dogmatic devotion to outdated modes and ideas is pointless. For example when Bill Clinton criticised the anti-globalisation movement by pointing out that globalisation is a fact not a policy – he was making the point that faced with that new fact progressive governments have to find new responses. And that is what St Kitts and Nevis PM Denzil Douglas has done. Faced with the fact that the world economies were in turmoil and that our own sugar industry could no longer sustain our economy he found new and successful responses. One of those responses was the Citizenship by Investment Programme (CBI). A radical move to strengthen the country’s economy. 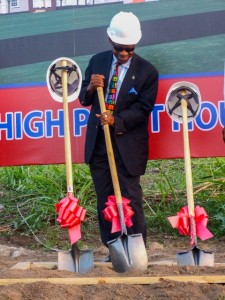 I have been listening to a number of people talking about our CBI Programme wallowing in the recent advisory that the United States of America issued warning the Federation to improve its ‘lax’ checks on new citizens. I thought about countries that have similar CBI programmes. Countries like Malta, Portugal, Bulgaria, Canada, Macedonia, Antigua, Dominica, the United Kingdom and guess where else?…the United States of America!
All of these countries know that their future is inextricably linked to the rest of the world by the bonds of telecommunications, air travel for work and leisure, the sharing of knowledge and the movement of finance. CBI programmes are a form of global financial investment where people from all corners of the world can invest in all corners of the world where there are opportunities for increased economic prosperity on all sides.

No nation involved in CBI is seeking to attract people of dubious character, criminals or money launderers. Where’s the advantage in that. No matter how rigorous the system criminals become more and more smart and occasionally one may break through. This is true for all nations, not just St Kitts and Nevis.

The CBI has allowed the Government to attack growth from several directions. Just look around: the Peoples Employment Programme (PEP), support for small businesses, large scale development projects bringing employment and training in new skills. All of this funded by our CBI.
Interestingly Germany has a training programme similar to the PEP which allowed them to avoid the worst excesses of the recent global recession. Even the UK and the United States are developing similar programmes. Seems like St Kitts and Nevis is leading the charge again!
The IMF has praised St. Kitts on its programmes and being number one economically in the OECS and number three in the Caribbean. Our employment record, infrastructural development and growth of tourism industry would be nothing without CBI.

The people of the Federation must appreciate how Prime Minister Douglas has tackled the unemployment and economic problems.
The next five years can be very exciting, once we build on the platform which has been so skillfully constructed!