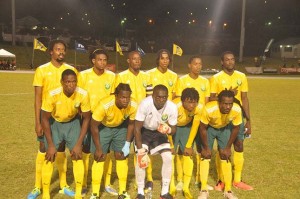 * Jahren Leader of S. L. Horsford St. Pauls suffered an injury to his left knee in the 45th minute of play and had to be taken to Hospital.