Former Deputy Prime Minister and Minister of Public Works, Dr. Earl Asim Martin told listeners Wednesday that when the St., Kitts-Nevis Labour Government left office in February 2015, the arrangements were in place for the financing of the project to come from the Sugar Industry Diversification Foundation (SIDF).

With the new government taking office there has been much wrangling between the Ministry of Public Works, the Ministry of Tourism, the Office of the Prime Minister and private interests for the construction contract to be given to their respective interests.

“Two years after the Labour Party would have left a comprehensive plan with financing and construction plans in place for the second pier, (fast forward) to April 2017, we have not seen the start of construction of the second pier as yet,” said Dr. Martin.

“We are aware of the various interest groups, inside of government and outside of government, of all the various building firms that are lobbying for the construction of this facility. We would have heard of discussions with ministers and non-ministers on who should build this facility and we would have heard discussion of the various companies that were vying to build the pier and in some instances have called some falling out bong ministers of the government and former members who would have been involved in the formation of the Team Unity Government,” said Dr. Martin.

He said that the lack of  taking care of the people’s business and ensuring the completion of the second pier to assist in the overall economic development of the country “we are hearing about squabbles among the various factions inside and outside of government as to which company should be awarded the construction contract.”

The Parliamentary opposition has called for the dismissal of the Federal Minister of Infrastructure Hon. Ian Patches Liburd, who in 2015, registered a company in his name to sell cement and building materials to government.

“The company that would have submitted the best proposal for the construction of the second cruise ship pier is a company would not have requested a government guarantee for its construction. The company would have brought all the financing to the table but the understanding is that the new company identified to construct the new pier is requesting a sovereign guarantee. It means that our national debt would increase,” Dr. Martin told listeners to Wednesday’s Issues programme on Freedom 106 and carried simultaneously on Kyss FM 102.5. 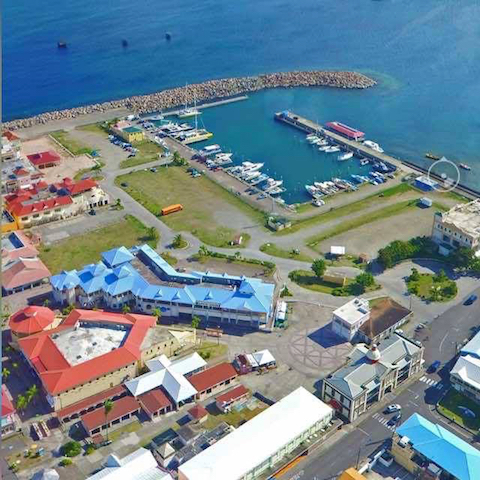 West Indies Go Under to Aussies In World Cup Opener