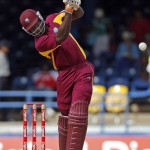 Teams: India | West Indies
After West Indies A were hammered in the opening one-dayer, they had just one day to regroup against an India A side high on confidence and a captain who made a stirring comeback ton. For the second game in succession, West Indies lost the toss, but it wasn’t a bad thing as their batsmen batted the hosts out of the game to take the series 2-1. ‘A’ tours are essentially auditions for the national side and West Indies ended the series with two gains. The relatively unknown Jonathan Carter sent a message to the selectors with a century in the second match and in the third, Kirk Edwards sent them a reminder with a comeback ton.

The tour had a lot of context for Edwards, who said ahead of the series that he was looking to build on this opportunity to make a comeback. He last played for West Indies in May 2012 and his previous ODI appearance was a year earlier. Though he has played an equal number of Tests and ODIs, indications have been that the selectors see a bigger role for him as a Test batsman. Having juggled both one-day and four-day captaincies so far, Edwards was relieved of the duty in the shorter format to allow him to focus on his own batting and give Kieran Powell experience at leading a side.

Edwards was guilty of not converting his starts in the first two matches. On Sunday, he edged to the keeper after making a brisk 19; on Tuesday he moved to 36 after smashing a six over square leg but was stumped down the leg side the following ball while trying to repeat the stroke. Today, he held back, initially preferring to play from the crease. Three boundaries off Yuvraj Singh, through the off side and over midwicket, got him going.

What would have helped settle Edwards early was the start provided by the openers. Kieran Powell, who had struggled to push on in the earlier matches, made a conscious effort to force his way into form, risking his wicket with a few top edges. When Edwards walked in at No. 3, he had the cushion of 74 runs made in just over 13 overs.

The start rubbed off on Jonathan Carter and Leon Johnson as well, who shared stands of 66 and 93 with Edwards. Edwards’ knock was a typical one-day innings – steady building followed by acceleration. He focused on taking singles, and as his fifty approached, had the confidence to waltz down the track to the offspinner Yusuf Pathan and loft over deep midwicket. He reached the mark with a massive six over long-on that was headed perilously close to the press box windows.

Edwards took apart the part-timers, cutting the offspin of B Aparajith past the wicketkeeper and short third man for boundaries. Johnson’s more aggressive knock at the other end put West Indies on the path to a big score and after he was dismissed, caught at cover, Edwards took control.

He was helped by questionable field placements by Yuvraj after the 40th over. With no Powerplay restrictions, India had as many as five fielders in the ring on the off side, with three in the deep on the leg side. It worked against India as the bowlers repeatedly used length deliveries against the set Edwards, who picked the gaps past point and cover with ease and bludgeoned a six over the clubhouse roof to hasten his progress towards a century.

Siddarth Kaul was punished for 23 in an over, and without any protection in the deep on the offside, Edwards picked him for three consecutive boundaries. He acknowledged his century with a simple raise of the bat and the knock was a confidence-booster ahead of the three unofficial Tests, which he will captain. He was bowled for a run-a-ball 104 off a yorker from Jaydev Unadkat, who took his first List A five-for, though the left-arm seamer was gifted his wickets as the batsmen looked for quick runs. West Indies made 100 runs off the last ten overs and that was enough to shut the hosts out.

The only passage that kept India in the hunt was the third-wicket stand of 112, off 117 balls, between Aparajith and Yuvraj. An estimated 11,000 filled the seats at the Chinnaswamy – the best turnout of the series – expecting another masterclass from Yuvraj. Yuvraj powered along at more than a run-a-ball, slogging the spinners several rows back. Aparajith, who replaced the out-of-sorts Unmukt Chand, made good use of the opportunity with some positive drives. A worried Powell summoned his troops for a quick chat after the stand grew. When Yuvraj played back to a straight delivery by Ashley Nurse and lost his stumps, India’s resistance receded. India needed another big partnership to wrest the initiative but Yuvraj’s departure proved untimely.

Kanishkaa Balachandran is a senior sub-editor at ESPNcricinfo