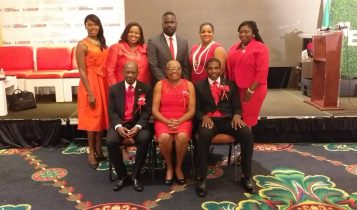 Delegates endorsed Dr Douglas as the National Political Leader at the party’s 87th Annual National Conference on Sunday, 19th May at the St Kitts Marriott Resort and Royal Beach Casino.

All eight constituency branches of the Party submitted the name of Dr Douglas, the Parliamentary Representative for St Christopher 6 (Newton Ground to Harris’), who was first elected National Political Leader in 1989.

Branches 7 and 8 as well as Young Labour and Labour Women are to submit the names of their representatives to serve on the Labour Party Executive shortly.

The business session for delegates was held in the morning and the public session took place in the afternoon.