KINGSTOWN, St Vincent — Prime minister of St Vincent and the Grenadines, Dr Ralph Gonsalves, said that the fuel subsidy given to at least one regional airline remains a concern for shareholder governments of LIAT. 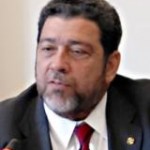 Gonsalves, who is chairman of that grouping, said that the matter has to be dealt with so that everyone is operating on equal footing.

He made the comments while making an address during a ceremony held at the Caribbean Development Bank, where loan agreements totalling US$65 million were signed by the four stakeholder governments to finance LIAT’s fleet modernisation project.

While not going into detail about the subsidy issue, Gonsalves said that the matter was becoming detrimental, not only to LIAT, but to other airlines servicing the region.

He said that the matter needs to be discussed at length with the government of Trinidad and Tobago, but he said that if it cannot be resolved, they are willing to take it to higher authorities.

He said that the main challenge with following through with the policy is getting the buy-in of the relevant stakeholders, as CARICOM cannot make decisions for individual airlines.

Natta-Nelson is fighting for you, PM Dr Drew assures constituents of Number Seven