KINGSTON, Jamaica, Thursday July 25, 2013 – A court on Wednesday freed entertainer Vybz Kartel of a charge of murder less than 24 hours after the presiding judge had ruled that the statements of two witnesses were inadmissible. 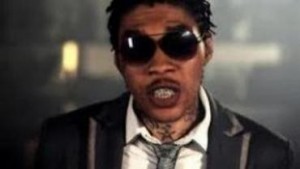 Kartel, whose real name is Adidjah Palmer, as well as Lenburgh McDonald and Nigel Thompson were on trial for the July 12, 2011 shooting death of businessman Barrington “Bossie” Bryan.

Court observers said the prosecution’s case had hinged on the statements given by the two witnesses, noting that the only option left open to the prosecution was to offer no further evidence, a position which was adopted on Wednesday.

As a result, Supreme Court judge Bryan Sykes instructed the 12-member jury to return the verdicts of not guilty.

The entertainer is due to return to court in November in relation to the murder of Clive ‘Lizard’ Williams.