By Jonathan Dienst
Accused pedophile and wealthy Manhattan financier Jeffrey Epstein was found injured and in a fetal position inside his cell at a New York City jail, according to sources close to the investigation.

Epstein, who is being held in Metropolitan Correctional Center during his trial for conspiracy and sex trafficking, was found semi-conscious with marks on his neck, two sources told News 4. Investigators are trying to piece together exactly what happened, saying details remain murky.

Two sources tell News 4 that Epstein may have tried to hang himself, while a third source cautioned that the injuries were not serious and questioned if Epstein might be using it as a way to get a transfer.

A fourth source said an assault has not been ruled out, and that another inmate was questioned. The inmate who investigators have talked to in Lower Manhattan facility has been identified as Nicholas Tartaglione, according to two sources. Tartaglione is a former police officer in Westchester County who was arrested in December 2016 and accused of killing four men in an alleged cocaine distribution conspiracy, then burying their bodies in his yard in Otisville in Orange County, according to court records. 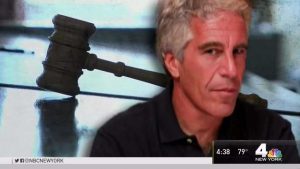 Sources told News 4 investigators questioned Tartaglione, and the former cop claimed not to have seen anything and insisted he did not touch Epstein, sources said.

The attorney for Tartaglione denied all the claims that his client attacked the financier, saying his client and Epstein get along well. The attorney added Epstein was seen today and appears to be fine.

“They are in the same unit and doing well,” said Bruce Barket, an attorney for Tartaglione. He said any claim that Tartaglione might have assaulted Epstein “is absolutely not true.”

Barket said Tartaglione and Epstein have been complaining about conditions inside the MCC including flooding, rodents and bad food.

Epstein is now on suicide watch inside MCC, according to two sources. Attorneys for Epstein did not immediately return calls for comment.

A spokesperson for the Bureau of Prisons did not return calls and spokesmen for the U.S. Marshals and U.S. Attorney’s office declined to comment. 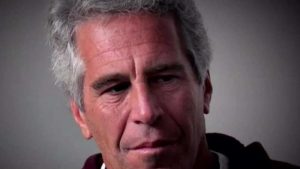 [NY] Judge Still Weighing Bail for Jeffrey Epstein
Most recently in the sex trafficking case against Epstein, the wealthy financier had been denied bail on July 18 following a bombshell search-warrant revelation that Epstein had a fake passport and piles of cash stashed in his safe.

U.S. District Judge Richard Berman cited risk of flight and danger to the community in his decision against Epstein, a registered sex offender and private-island owner who faces new federal charges of exploiting dozens of underage girls in New York and Florida in the early 2000s. That meant Epstein would remain behind bars pending trial (a date for the start of which has yet to be set).

Epstein attorneys filed their notice of appeal to the bail ruling on Monday.

Berman said prosecutors established a “preponderance” of evidence of Epstein being a flight risk, calling the fake Saudi passport “concerning,” and said the government also established community danger by “clear and convincing evidence” — which led to his decision to keep the financier behind bars.

Epstein’s lawyers had wanted him released on house arrest with electronic monitoring at his $77 million Manhattan mansion. They said he wouldn’t run and was willing to pledge a fortune of at least $559 million as collateral.

Berman described their proposed bail package as “irretrievably inadequate,” saying, “I doubt any bail package can overcome his danger to the community.” 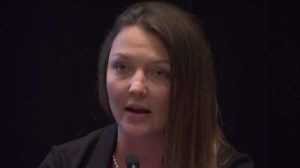 Prosecutors, meanwhile, had argued evidence against Epstein was growing “stronger by the day” after several more women contacted them in recent days to say he abused them when they were underage.

Berman cited victims’ testimony as having an impact on his decision, in addition to Epstein’s alleged history of intimidating, threatening and paying off witnesses or other parties involved in the case.

One of the accusers he cited was Courtney Wild, who recently came forward and said Epstein started sexually abusing her when she was 14 in Palm Beach. She told reporters at a news conference in New York Tuesday that Epstein “will never stop sexually abusing children until he is in jail” and urged the judge to deny bail.

Berman also questioned whether Epstein has adhered to the requirements of being a registered sex offender, which he had to do as part of a plea deal with Florida prosecutors more than a decade ago.

Epstein has pleaded not guilty to conspiracy and sex trafficking charges brought by the U.S. Attorney’s Office in Manhattan. Wild’s accusations are not part of that indictment. The financier’s next court date is set for July 31.