Treasurer of the Leeward Islands Masters’ Cricket Association, Anthony Rawlins, recently revealed that his Association has decided on an itinerary in terms of the islands to host the Masters’ tournaments for the next four years. 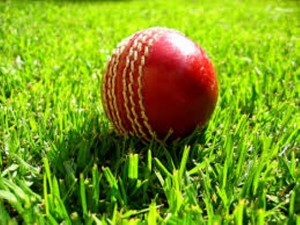 St.Thomas is scheduled for 2016 but that island too has certain stipulations. Apparently one of their grounds is used on a regular basis to host Carnival activities and so they have been asked to either get a second ground or get the one ground being used lit so that night matches could be played there.
St.Kitts gets the chance to host the 2017 tournament. In the case of an island being unable to host the tournament, the country next in line will get the opportunity to do so.

Rawlins also had some advice for the islands set to host the tournament. Speaking about his committee’s successful hosting of the recently concluded tournament held in St.Kitts, he noted that in planning for the big event, his committee held its first meeting in June 2012, almost an entire year before the tournament was staged.

He also thanked all of the sponsors who came on board to assist but had special praise for Minister Ricky Skeritt and his Ministry of Tourism staff and the Hon Glenn Phillip, Minister of Sports and his staff for their significant contribution to the success of the tournament.

He congratulated Nevis for having the best team on show for the tournament this year and lamented the fact that the St.Kitts team lacked at least three specialist bowlers which was one of the assets of the Nevis team. He however congratulated Captain Junie Mitchum for securing most of the individual awards:

Charles Hendrickson of Nevis secured the best bowler slot and Livingstone Harris of St.Thomas locked up the best wicketkeeper spot.