MP Liburd to Elvin Bailey: “You will be held responsible for violations in Electoral Office”

Basseterre, St. Kitts, March 15, 2018 – Supervisor of Elections, Mr. Elvin Bailey, has been placed on notice that the opposition St. Kitts-Nevis Labour Party will no longer tolerate the numerous violations in the Electoral Office.

Chairperson of the SKNLP, Hon. Marcella Liburd said several violations include the non-publication of the monthly lists for some months, the refusal to register Commonwealth citizens who are eligible to be registered and the removal of names of persons on the Register of Voters.

“We have sent two letters to the Supervisor requesting the Monthly Revised Lists. He responded by giving us some and we did not get some. We don’t know where they are and I understand that the Supervisor of Elections in one of his weekly writings said that the things that we are asking for, he is not legally obliged to give us,” Liburd said.

“I have news for him. I just want him to know that if he thinks that he is not legally obliged to give us the information requested, let him refuse to give us. I wonder where his head is at? What is he really reading? Under the Act, the Electoral Office is obligated to publish monthly revised lists every month. That is in the Act and if they are not published, if they don’t publish them, then they are violating the Act. And so we have a duty and a right to ask for them. And he has a duty to give us. So the non-publication of the monthly revised lists is itself a violation of the law,” said Liburd.

Liburd, the Parliamentary Representative for St. Christopher 2 (Central  Basseterre) said the actions of the Supervisor are part and parcel of the deliberate attempt by the government to subvert and manipulate the electoral system.

She said another atrocity is the refusal of the Electoral Office to register eligible persons.

She appealed to the persons who were turned away to return to the Electoral Office and register.

Liburd also disclosed that residents from Commonwealth countries, who qualify and have the right to be registered, are also being turned away.

She said the names of persons already on the Register of Voters are also being removed.

She said representatives of the Labour Party recently went to the Electoral Office and requested to scrutinize the Objections Register.

“We requested a time from the Supervisor of Elections to look at the list of persons whose names are being objected to. The Labour Party representatives went to the Electoral Office at the set time and were told that the Register of Objections for 2017 cannot be found and for other periods cannot be located. Where are the registers,” she asked.

“This is totally unacceptable and it seems to be part and parcel of the undemocratic practices of this Team Unity Government. It is their way of undermining the system, sabotaging the system and manipulating the system,” said Liburd.

“We will hold the Supervisor of Elections responsible for all the atrocities and all the violations that are going on the Electoral Office,” said Liburd, a senator, Deputy Speaker and Speaker in the National Assembly.

Bailey is the cousin of Senior Minister and Minister of Labour, Social Security and Ecclesiastical Affairs, Hon. Vance Amory. 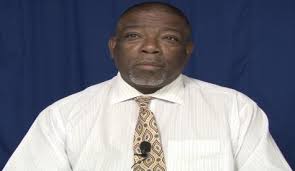