SAN JUAN, Puerto Rico — US Customs and Border Protection (CBP) officers and special agents of US Immigration and Customs Enforcement’s (ICE) Homeland Security Investigations (HSI), seized a total of 6.04 kg (13.3 pounds) of heroin and 5.14 kg (11.3 pounds) of cocaine hidden in vehicles arriving from the Dominican Republic at the San Juan Seaport in separate incidents last weekend. 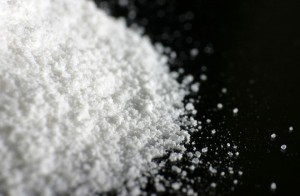 Last Friday, during inbound inspections of passenger vehicles arriving from the Dominican Republic onboard the M/V “Caribbean Fantasy” ferry, CBP inspected a van with Puerto Rico cargo license plates. After a thorough search, CBP officers found 199 pellets of cocaine with a weight of approximately 2.8 kilos (6.2 pounds) inside the vehicle.

CBP officers arrested the vehicle’s driver, Luis Cordero-Abreu, 36, of San Juan, Puerto Rico, and transferred custody of the vehicle and the narcotics to ICE HSI special agents, who subsequently arrested Miguel Espinosa-Garcia, another individual allegedly involved in the smuggling venture.

“We have stepped up our inspection of aircraft and maritime vessels through a risk-management based, layered enforcement approach closing routes for smugglers,” indicated Marcelino Borges, director of field operations for Puerto Rico and the US Virgin Islands.

“These arrests and seizures should send a message to those individuals who think they can use our ports of entry to smuggle contraband from abroad,” said Angel Melendez, special agent in charge for HSI Puerto Rico and US Virgin Islands.

CBP uses sophisticated methods to identify and target potentially high-risk passengers and cargo, including advanced electronic information about every passenger and cargo shipment entering into the US before their arrival.