BASSETERRE, ST. KITTS, NOVEMBER 5TH 2014 (CUOPM) – The Nevis Reformation Party (NRP) Parliamentarian in the Federal Government of St. Kitts and Nevis, the Hon. Patrice Nisbett, has been speaking of the benefits of consultation and cooperation instead of hostility and confrontation.

“The opposition forces in Nevis were critical of this shift in policy, preferring instead to cultivate an environment of hostility and antagonism towards the St. Kitts-Nevis Labour Government with no tangible benefits to the people of Nevis,” said Minister of Foreign Affairs, Homeland Security, Labour, Justice and Legal Affairs.
“An acrimonious relationship between the administrations in Basseterre and Charlestown, is a major hindrance to foreign direct investment in Nevis,” Mr. Nisbett, the Elected Representative for Nevis 11, who added that as an elected parliamentarian, one must be prepared to lead and work with other leaders.

“I recognised the value of replacing the spirit of confrontation evident in campaigns with the spirit of consultation required for governance. I was elected because the people believed that I could deliver on their behalf. They trusted my judgment,” said Minister Nisbett, who offered and accepted the post of Attorney General by Prime Minister the Right Hon. Dr. Denzil L. Douglas following the January 2010 General Elections.
“And in my judgment, the best way that I could deliver is to be a part of government, to work with the leadership of that government to the benefit of my people. And so, I reported to duty in Basseterre. I went with the consent of the people that elected me and the party to which I belong,” Minister Nisbett said to the wild cheers of the huge audience attending the recent Federal Government-sponsored “Conversations for Progress.” 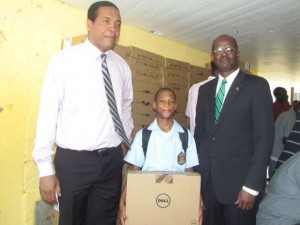 “We brought one to one laptop programme to the children of Nevis. This was a programme at its creation was designed for the children of St. Kitts. We want to bridge the digital divide and promote digital equity in Nevis. We want to ensure that our young people are able to compete in an information-driven world. To this end, each secondary school student and 137 Sixth formers have been given a laptop,” said Minister Nisbett, who added that in the short and medium-term, this programme is an investment in the young people and the communities they live in.
“In the long run, this programme is an investment in the economy,” he said.

“When I went Basseterre (The Federal Capital), one of the first things I did, was to bring home corporate taxes to Nevis. Businesses were operating in Nevis and paying their taxes in to Federal Government. Nevis has been trying to change that since the 1980’s. It took me 8 months in Cabinet to bring a Bill to the National Assembly that states that businesses operating in Nevis will pay corporation taxes to the Nevis Island Administration in Charlestown,” said Mr. Nisbett, who described it as “a major achievement realized in a short space of time.”
“JWP (Joseph Walcott Parry, then Premier of Nevis), said that this action added EC$10 million in the coffers of the NIA, making Nevis more financially sound. With the added revenue, government can and has done more,” said Minister Nisbett.

“We have moved from the era of confrontation to an era of consultation. No need for the acrimonious relationship between the people of Nevis and the people of St. Kitts. The NRP has worked more closely with the Labour Government to resolve issues of mutual interest in an amicable and cooperative way. JWP introduced this new doctrine of consultation,” said Minister Nisbett.

Listing the benefits of cooperation and consultation, Mr. Nisbett said the Federal Government-sponsored People Employment Programme (PEP) funded by the Sugar Industry Diversification Foundation (SIDF).
He noted that the PEP’s main objectives are to reduce the rate of unemployment and empower nationals to earn a living by providing skills training, opportunities for work experience, and funding for development of small enterprises.

Mr. Nisbett said under the PEP programme, hundreds of persons have been placed with employers in the private sector and in government offices.
“Currently, there are 40 young persons who are being trained in Culinary Arts and Cosmetology as part of the PEP programme, for which they are getting paid. We are training them and still paying them,” said Minister Nisbett, who disclosed that a new three month training programme was approved by the PEP office. 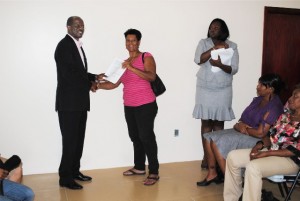 He disclosed that over one hundred checks have already been disbursed to small business women in Nevis through the WISE Programme with EC$3,000, EC$4,000, and EC$5,000 being disbursed under a micro financing programme for women who are in the process of establishing a business or already running a small enterprise.
Loans of between EC$5,000 to EC$100,000 are also available to Nevisians under the Small Entrepreneur Enterprise Development (SEED) programme where loans are for five years at zero interest rate to start a new business.

“In Nevis, 24 businesses have been funded and EC$2,255,500.00,” Minister Nisbett disclosed.
He detailed several programmes funded by the Federal Government that Nevisians are benefitting from.
They included two socio-economic development projects – FREESH – Fund for the Realization of Economic Empowerment Through Subsidized Housing – and EAF – Equity Assistance Fund.

Under FREESH, the maximum loan is EC$500,000.00 at a fixed rate of 5% per annum. The purpose of the loan is to build a home from break ground stage or to continue a home which was started without a mortgage.
The Equity Assistance Fund (EAF) provides the equity input for approved applicants who are unable to do so. This is added to the loan not to exceed the maximum $500,000.

Mr. Nisbett said 75 loans have been disbursed to date totalling EC$8,434,170.68 under FREESH and EC$151,013.80 under EAF with a total of 412 persons employed in those projects.
Mr. Nisbett said Nevisians also benefit from the Federal Government funded – REAP – RECOGNISING EVERYONE’S ABILITY to CLIMB HIGHER and from the ESSSAI – the Educational Scholarships for Students in Advanced Institutions.
Two year scholarships are provided to students enrolled in Nevis’ Sixth Form College and CFBC in the Division of Arts, Sciences and General Studies (ASGS) and the Division of Technical & Vocational Education & Management Studies (TVEMS). As the programme was launched this year, second year students receive a one-year scholarship.
Annual scholarship award is based on CXC CSEC and/or GCE passes and calculated as follows:

(i) A base amount of $2,500.00 to each student who has been accepted full-time at Nevis Sixth Form College, or at CFBC in the Division of Arts, Sciences and General Studies (ASGS) or the Division of Technical & Vocational Education & Management Studies (TVEMS);

(iii) An additional annual allowance of $100.00 for each subject pass above eight (8) CXC CSEC or GCE subjects.

(i) A special incentive allowance of $1,000.00 to be paid at the end of each academic year to students who have successfully completed studies in any two of the following science courses – biology, chemistry, physics and mathematics at Nevis Sixth Form College or CFBC.

(ii) A special incentive allowance of $1,000.00 to be paid at the end of each academic year to students who have successfully completed studies in French and Spanish at Nevis Sixth Form College or CFBC.
126 students in Nevis’ Sixth Form were awarded scholarships and approvals are pending from late applicants.
Nevis students are also enrolled at Clarence Fitzroy Bryant College (CFBC) and the Advanced Vocational Educational Center (AVEC) on St. Kitts.

Under the Training for Optimal Performance of School-leavers (TOPS) – Professional Tier
Individuals who completed secondary school, Nevis Sixth Form College, AVEC or CFBC in 2014 and are seeking employment enroll in this three-month training programme which provides a monthly stipend.

Twenty-nine Nevisians are enrolled in the three-month Professional Training Programme will receive advanced level Microsoft Office training leading to Microsoft Office Specialist Certification, facilitated by local Microsoft certified business specialists; pursue certified training courses in Life and Work Skills and participate in workshops, to be facilitated by the University of the West Indies Open Campus, St. Kitts and Nevis and receive a stipend of EC$1,400.00 per month during the three month training period. The stipend amounts to EC$121,800.00

Minister Nisbett said other Federal Government programmes that Nevisians benefit from are the Graduate Relief Assistance Student Program (GRASP) under which loans of up to EC$500,000.00 at a fixed interest rate of 6% are provided to college graduates (who completed their studies within four years of the date of application) to build or purchase a home and refinance their student loan. Loans are disbursed by St. Kitts-Nevis-Anguilla National Bank.

He said there is the Housing Enhancement Loan Program (HELP) in which loans up to $100,000.00 at a fixed interest rate of 5% are provided to carry out repairs or renovations to homes owned and occupied by applicants. Loans are disbursed through the Nevis Co-operative Credit Union, FINCO, Bank of Nevis and Development Bank of St. Kitts and Nevis. 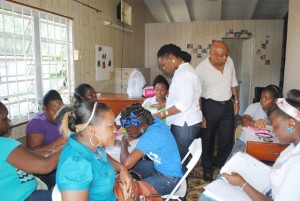 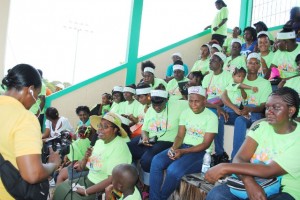 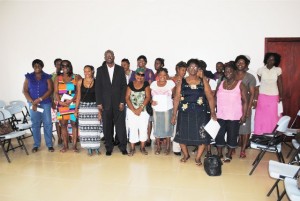