GEORGE TOWN, Cayman Islands — A new indictment filed in the Grand Court of the Cayman Islands in relation to the criminal charges against former premier McKeeva Bush reveals that he faces 11 allegations of unlawfully using a government issued credit card in casinos in Las Vegas, Florida and The Bahamas. 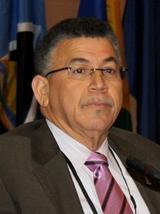 The indictment alleges that Bush made unlawful cash withdrawals totalling over $50,000 at the Seminole Hard Rock Casinos in Hollywood and Tampa, Florida; the Mirage Hotel and Casino, the Bellagio Hotel and the Venetian Casino in Las Vegas; and the Atlantis resort in The Bahamas, on eleven different occasions between July 2009 and April 2010.

He faces six counts of misconduct in public office under the common law and five charges of breach of trust under local anti-corruption law, all of which could result in imprisonment if he were to be convicted.

Bush has denied all of the allegations against him and stated that, where necessary, the money was repaid. He claimed the cash withdrawals were for legitimate purposes.

However, according to local media, not all of the spending considered unlawful may have been repaid. Furthermore, government credit cards cannot be used to withdraw cash, buy alcohol or for any purpose other than legitimate public business expense and they cannot be used as a source of advances. It is alleged that Bush also used the card on several occasions when he was travelling for pleasure and not on government business.

Bush was originally arrested on December 11, 2012, on suspicion of theft and corruption and one week later he was ousted from office when Cayman Islands lawmakers passed a vote of no confidence in him.

Last month he was re-elected as a parliamentary representative for his district of West Bay and is now leader of the opposition.

He is due to make another appearance in the Grand Court on June 28.

Bush is the second premier of a British Overseas Territory in the Caribbean to face accusations of theft and corruption in recent years. In 2009, then premier Michael Misick of the Turks and Caicos Islands (TCI) was also ousted after a Commission of Inquiry found evidence of systemic government corruption in the territory.

Misick later went on the run but was arrested pursuant to an Interpol Red Notice, also in December 2012, in Rio de Janeiro, Brazil. His extradition is currently being sought by authorities in Britain and the TCI.